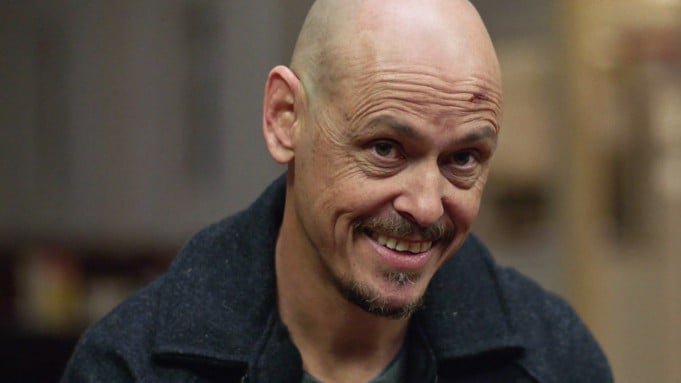 Drama films present real-life stories whose characters are in conflict with others, nature or themselves. Most people find it interesting to watch these kinds of movies for they relate with current situations, society problems like injustice, sexual inequalities, corruption, and violence. “Mr. Inbetween” is produced in Australia; it is a drama series which involves comedy. While watching a movie, most people concentrate on the general occurrences and next impressive moves, but you rarely focus on the struggles undertaken during production and the main aim of the movie. The following are details that you probably don’t know about “Mr. Inbetween.”

1. The screenwriter is Ray Shoesmith

Ryan is a scriptwriter and actor who developed a great interest in the film industry from a tender age. He started reading books and articles on hitmen while he was still young. Ryan has written many scripts, but “Mr. Inbetween” was the most significant hit that earned him an excellent reputation among other writers. He based the whole series on his total creativity. Ryan is passionate about cinema, having watched movies, and read several books where he derived this motivation. In this particular script, Ryan showed excellent writing ability by creating an exciting plot and understanding when to incorporate drama and action.

2. The series is inspired by “The Magician” film

The scriptwriter had the idea since the production of the film “The Magician,” where he created a hitman character by the name Ray. Due to insufficient funds, he only produced 20 % of his idea on the first film and kept the rest. He struggled severally to compile the ideas into a series, but his efforts bore no fruits. Maybe destiny was communicating that is was not yet the right time for him to make his mark. His greatest motivation was the outstanding character he developed in the magical film. According to Meaww. Ryan didn’t give up and worked harder to improve it, two years later, with the help of his producer. The film was commissioned through Fox Australia with the label Mr.Inbetween and became the first Australian series to be broadcast on a defunct channel.

3. It has gained great popularity

The drama has impressed most viewers based on the positive comments on the reviews. It has been rated among the best series on air thus will remain relevant for a more extended period. In recent years, it has gained a high number of viewers, and most fans are up-to-date with the last episode and are eagerly waiting for a continuation. A large number of people have been referred by friends and families to watch it, and it has been promising enough. The film has received compliments from viewers and the general film industry for being an entertaining, film with captivating scenes and hilarious acts. It has an 88% rating on Rotten Tomatoes, and 100% in audience score.

4. It was launched in Australia

The series was developed and launched in Australia as the first black comedy. The launch was a significant development in the Australian film industry and was highly supported by the residents who felt familiar with the operations and scenes captured in the series. It became a significant move in the countries film industry when they realized that they could make their own rather than depend on other film-producing nations.

The series is still in progress, and most fans were eagerly waiting for the next season that premiered on 12 September 2019. It is likely to produce more episodes as the last one left viewers in great suspense. The scriptwriter further assured the public of many more episodes still in progress. When interviewed, Ryan gave hope that he could be producing more seasons, although the characters are very pessimistic about its progress. It will take the participation of the whole crew to keep the series moving.

Nash is an Australian film director and also works under Blue Firm films. He is an experienced director who started his career in the late 1990s and has successfully directed a large number of films. He is the man behind the perfect artistic and dramatic aspects in the series “Mr. Inbetween.” He selected the design of production, assigned roles, and ensured cooperation from the crew. He also determined all the creative aspects to be used.

7. It has two seasons and 11 episodes

The film has been dramatically developed up to the second season. Season one has six full episodes that are available for download while season two has five episodes. The second season is a renewed and reviewed version of season one. It is still incomplete, and you should expect that more interesting episodes are underway.

8. It involves both drama and comedy

The series is a sum of hilarious acts and talks but incorporates serious moments within the captivating show. Ray found himself entrapped in a world full of struggles as he tries to be the best father to his daughter. Ray has so much on his plate but juggles it all hoping to be the best father, employee, partner, and brother

9. The episodes have a considerable time interval

Most episodes in the series take thirty minutes, with a maximum range of 43 minutes. The short period will allow the audience to watch many episodes within a short period and prevent boredom and lack of concentration. It is, therefore, a great series recommended to people with a tight schedule and few resting hours due to the excellent organization in the production.

For those who have watched the series to the latest episode, it is clear that it teaches about the effects of violence, and how your response to it will shape or affect your future. To be a great parent, you have to value your kids, be there for them, and advise them correctly. Ryan tried to be the best father to his daughter, and when she was bullied at school, he encouraged her not to look down on herself because others bully her.