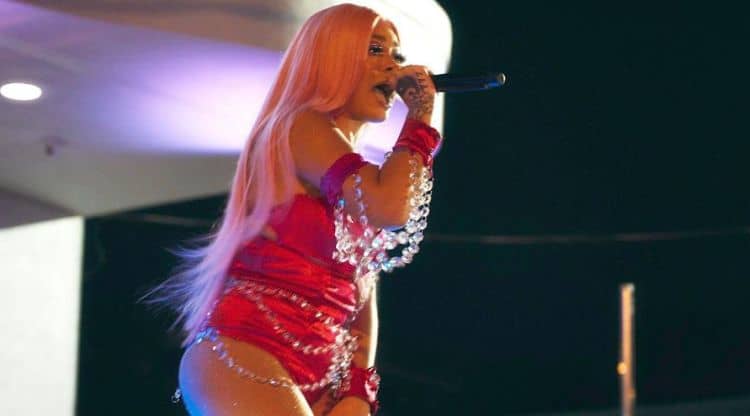 Not everyone is a fan of rap music, which is why some people might not be familiar with Mulatto. She’s a rapper who has been in the game for a few years. She’s not a household name like Nicki Minaj, but we have no doubt she’s looking to make that happen for herself. Right now, she’s working hard to ensure she’s able to meet her goals, create the kind of success that offers her life’s best freedoms, and that she’d like everyone to know her name. If you don’t, it’s time to get to know her now.

1. Mulatto is a Stage Name

Like many rappers, she chose to use a stage name for her work. She’s not really named Mulatto, but she did adopt that name a long time ago. Her birth name is Alyssa Michelle Stephens. Her rap name came to her when she was in school. She was inspired to take it on by the way she was treated.

She was born in Columbus, but her family didn’t keep her there long. She was only two when her mother and her father made the decision to move south. They moved to Georgia. They lived in Clayton County. She went to school here, and this is where she developed her love of rapping. She might be from Ohio, but she’s a Georgia girl.

She’s only 21. She turned 21 on December 22, 2019. She’ll celebrate her 22nd birthday just before Christmas in 2020, which is not a bad time to celebrate your birthday. It’s a lovely season to begin with, and adding a birthday to the mix should only make it that much more enjoyable for her.

4. She Was Bullied in School

Growing up, she faced a lot of bullying from her classmates. Her mother and father are not the same race, which means she has lighter skin. Her mother is white, her father is black, and the kids in school made fun of her for being too light-skinned. This is where she decided to use the name Mulatto as her rap name on stage.

5. She’s Always Wanted to be a Rapper

6. She’s a Business Woman, Too

Rap is not her only passion. She also loves drag racing, and she even has her own store. It’s called Pittstop Clothing. She opened the store in 2017 in Jonesboro, which is in Georgia. She was only 19 when she opened her clothing store, and that’s just something that we find so impressive for someone that age.

7. She Went Through Something Ugly

It was 2019 when she was just minding her own business and doing her own thing. The police came and arrested her for theft, but it wasn’t Mulatto who committed the crime. In fact, the arrest was a gross mistake on the part of everyone else involved. She was mistaken for another woman, but the truth eventually came out.

8. She’s Got a Favorite Rapper

9. She Models for Rihanna

We all know Rihanna is one of the most influential, most powerful, most successful women in the business, and she chose this young rapper to model her own lingerie line on her social media channels. That’s a big deal. When Rihanna chooses you to share her work with others, it’s not something you take lightly. Mulatto was quick to accept the offer, and that’s a cool thing to be able to say.

10. She Won a Competition

She’s here to win, and she proved that to us in 2016 when she won ‘The Rap Game’ on Lifetime. She was only 16 when she won. The show was created by superstars Queen Latifah and Jermaine Dupri, and they followed people who wanted to become hip-hop artists. She won, and it was a big deal.