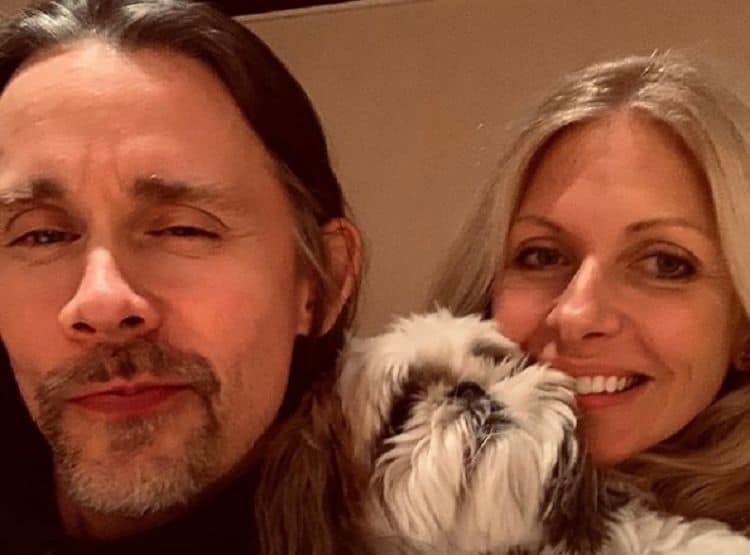 Myles Kennedy is an American musician that is best known for being the guitarist and vocalist in the rock band Alter Bridge. He is also known for being part of Slash’s backing band. Here are ten things about him that you may not know.

1. He Was Born In Boston And Raised In Spokane

He was born in Boston as Myles Richard Bass. His father died when he was four years old and when his mother remarried the family took the name of her new husband, Kennedy. His family moved to Spokane when he was still young and this is the place that he considers to be his home town. He still lives in Spokane today with his wife.

When he graduated from high school he attended Spokane Community College and studied music theory. He told the Irish Times that he believes that playing the guitar saved him from a life of crime. Music played a large part of his life when he was in high school which is why he wanted to continue being involved in music during college. After he had finished college he formed a band called Cosmic Dust who released one album.

3. Citizen Swing Albums Are Sought After By Fans

He later left Cosmic Dust to work on new projects and he went on to form another band called Citizen Swing. This band released two albums but they were not a great success at the time and there were not a lot of copies sold. Kennedy played lead guitar in the band and also provided the vocals. He wrote all the music and the lyrics for their second album. The albums that the band released are now extremely rare and as such they are much sought after by fans.

4. He Had A Role In The Movie Rock Star

He appeared in the movie Rock Star alongside Mark Wahlberg and Jennifer Aniston. There were many musicians that were involved in the movie but he is the only one whose real voice was actually used in the final cut. He met Jason Bonham and Zakk Wylde which he was filming this movie. His character is pulled on stage at the end of the movie by Wahlberg’s character and the two men sing along together before Wahlberg tells him to finish off the show. This is a scene that mirrors the opening of the movie, when it is Wahlberg being invited on stage by his idol.

5. He Turned Down The Opportunity To Join Velvet Underground

He was invited to join Slash’s band Velvet Underground but turned this invitation down. He was going through a difficult period in his life and looking back he believes he was in a state of depression at the time. He became disillusioned with music when he began to suffer with tinnitus. GNR Central reports that he believed he made the right decision when he heard the band perform with Scott Weiland as his vocals worked really well.

6. He Was Invited To Join Alter Bridge By Mark Tremonti

After saying no to Velvet Underground he received another invitation to join Alter Bridge. At this time he had started to get involved in music again and he agreed to lay down some vocals for tracks that Tremonti had written. They were officially formed in 2004 and they released their debut album not long after this. The band have released six studio albums altogether. On their debut album Kennedy just provided the vocals. However, for the remaining five albums he also played both lead and rhythm guitar.

7. He Regulary Works As A Session Musician

He has worked as a session musician on many different occasions. He has provided vocals and guitar for several well-known artists and he has also collaborated with song writing. Artists that he has worked with include Big Wreck, Five Foot Thick and Sevendust. He also took part in recording a tribute album for Tommy Bolin which was produced by Greg Hampton and Warren Haynes. This album was called Tommy Bolin and Friends: Great Gypsy Soul and as well as Kennedy, also featured artists such as Joe Bonnamassa, Peter Frampton and Steve Morse.

8. One Of His Biggest Musical Influences Was Led Zeppelin

He has many bands and artists that have influenced him throughout his career, but Led Zeppelin is the biggest of these. There was a point in 2008 when it looked as if the band were going to reform with Kennedy as the singer in the place of Robert Plant. This project eventually led to nothing, but it was a huge honor for Kennedy even to be considered. He did not give many details about the project at the time but later revealed that he had written some songs with Jimmy Page, Jason Bonham and John Paul Jones. It has not been confirmed whether these songs will ever be released but Kennedy did say that if the project went ahead they would have not used the name Led Zeppelin.

9. He Was Raised In A Christian Household But Does Not Consider Himself Religious

Although he was raised in a Christian household, religion has not played a huge part in his life. He has spoke about his religion several times throughout the years but admits that he is not sure if he really believes in God. Loudersound reports that he has never been able to fully understand why his father refused treatment for his illness that ultimately led to his death on religious grounds.

10. He Has An Active Role In A Number Of Charities

He provides a lot of support for a number of charities that are close to his heart. In 2003 he became part of the Board of Directors for the Mead Food Bank and this is a position that he still holds. He and his wife are founders of the Future Song Foundation which aims to give children access to instruments and music lessons which they believe are an important part of education. He uses the Twitter platform to highlight the suffering that animals go through due to the ivory trade.