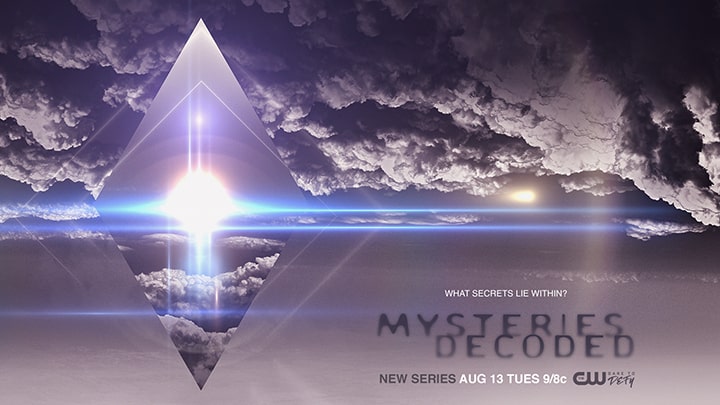 Mysteries Decoded is a show that is being broadcast on The CW. It is pretty much exactly what it sounds like, which is to say, a show that is focused on “solving” some of the most famous mysteries that can be found in American history. Here are 10 things that you may or may not have known about Mysteries Decoded:

It remains to be seen whether Mysteries Decoded will prove to be successful enough to be renewed or not. However, interested individuals should expect hour-long episodes from the show, which should be enough time to provide its investigations with some substance.

2. Centered On a Veteran

The show is centered on a woman named Jennifer Marshall, who has served in the U.S. Navy. It is interesting to note that her husband remains in the service, while she has started pursuing both the career of an actress and the career of a private investigator.

3. Marshall Was an Aviation Storekeeper

Speaking of which, Marshall was an aviation storekeeper when she was in the U.S. Navy. In short, aviation storekeepers are responsible for overseeing the restricted locations where serviceable aircraft parts are stored, meaning that they play an important role in ensuring that these parts have come from suitable sources and have been stored under suitable conditions prior to being fitted to the actual aircraft. As such, their responsibilities can include but are by no means limited to maintaining a register of parts, establishing a paperwork trail for the parts entrusted to their oversight, and monitoring the conditions of the restricted locations entrusted to their oversight.

When Marshall left the U.S. Navy, she became interested in acting. For a time, she remained in the state of Virginia where she acted in a number of local commercials. However, Marshall and her husband made a choice to relocate from Norfolk, VA to Los Angeles, CA, with L.A.’s much, much increased range of acting opportunities being presumably one reason for their choice. Regardless, Marshall has since had roles beyond showing up in local commercials, with an excellent example being how she played Susan Hargrove on the second season of Stranger Things.

The problem with looking into some of the most famous mysteries in American history is that they have been investigated again and again. Even worse, they have been investigated again and again on TV shows, which are either direct or indirect competitors with Mysteries Decoded. To solve this problem, the show has opted for a tried and true solution, which is to say, it promises to look at the latest evidence using new tools and technologies. Effectively, this is promising viewers the “truest” or at least the “latest” results but without having to commit to said promise because of the manner in which it was stated.

Witch hunts are a phenomenon that have happened in a wide range of cultures in a wide range of places. In fact, it should be mentioned that witch hunts are still something that happen in the present time, as shown by the cases that happen in the less developed parts of the world. However, the period that is most relevant for most Americans would be the successive waves of hysteria that swept over early modern Europe as well as colonial North America. In particular, Americans will be familiar with the Salem witch trials, which are one of the mysteries looked into on the show.

Lizzie Borden is a fixture of American pop culture because her case stirred up such widespread controversy. In short, Borden was accused of the murders of both her father and her stepmother. However, she was acquitted when the whole thing went to trial, with the result that there has been rampant speculation about who committed the crimes as well as why they committed the crimes ever since. Something that can be seen by the inclusion of the Lizzie Borden murders on Mysteries Decoded.

Area 51 is a classified facility belonging to the U.S. Air Force. Its exact purpose has never been revealed to the public. However, the U.S. Air Force has said that it is an open training range, while there are some sources that speculate about it being a place for the testing of new and experimental systems. Whatever the exact case, Area 51 is the subject of rampant speculation by conspiracy theorists. Sometimes, these conspiracy theories are relatively tame in nature. Other times, they are focused on subjects such as time travel, weather control, and exotic energy weapons. In particular, it is worth mentioning the conspiracy theories in which Area 51 was used to study material recovered from a crashed UFO at Roswell, which is so well-known in American pop culture that its inclusion in Mysteries Decoded was pretty much guaranteed from the start.

10. Marshall Was Approached About Doing the Show

On a final note, it is interesting to mention that Marshall was the one who was approached about doing Mysteries Decoded by the production company behind the show. By that point in time, she had already shown up in various productions, which was on top of her becoming a private investigator. As a result, Marshall was presumably a pretty natural choice for the candidate that they had in mind.