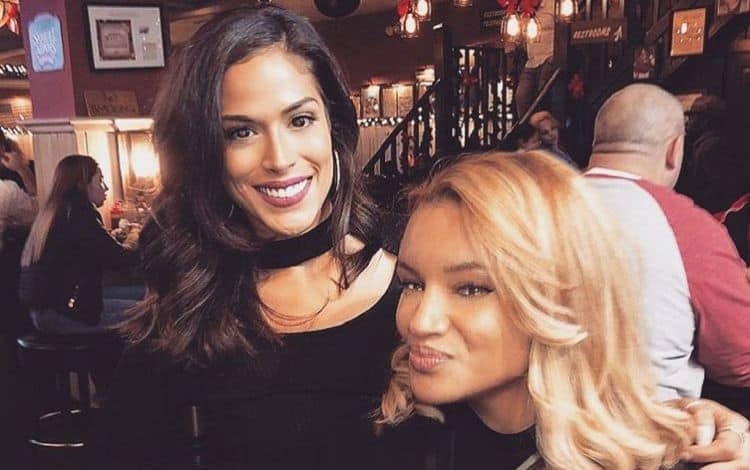 MTV introduced the world to reality television before we even knew what it was. It wasn’t the housewives or even Idol. It was MTV with shows like “The Real World,” and “Road Rules,” and we will never forget it. We will also never forget “Real World,” contestants like Nany Carmen Gonzalez who really did make the show when she was part of her own season. She’s one of those women fans love, and we should all get to know a little better.

Nany is in her 30s, though we don’t think she looks like it. She was born on January 29, 1989, which is a great month. When Christmas is over and the New Year arrives, it’s tough. The cold is just cold without the magic of the holidays in the air. January is almost long and boring and pointless in the eyes of so many of us, and having a birthday in the most boring month of the year really is something to look forward to.

She’s a New Yorker, and that’s not something that surprises us, either. She’s got the sass and the New York attitude that we hear all about all the time. She is from a place called Jamestown in New York, and we have a feeling she enjoys her time there. She doesn’t live there any longer, though. She now calls West Palm Beach home, and we can say with absolute firsthand knowledge that Florida is the best state in which to live in the U.S.

3. She’s Got a Large Following

For someone who got her start on reality television, she really is doing well for herself if she chooses to work as an influencer. She has an Instagram following of approximately 334k followers. That’s a lot, and it means she has the freedom to charge a premium for her sponsored content.

When she’s not busy being on reality television, she’s busy making women beautiful. She works on skin, and it’s one of those jobs that is in high demand. She works well with her clients, and she loves to spend her time helping others feel beautiful and more confident.

5. She’s Not Big on Captions

If you hope she has a lot to say on her social media pages, you’re not correct. She has a lot to share – though she’s not super active online – but she doesn’t caption many of her photos. She just lets the world see what they see, and she doesn’t offer anything in terms of her thoughts. She’s keeping it real but also maintaining her mystery.

One thing that we can say about Nany Carmen Gonzalez is that she is very good at keeping to herself. Even though she has hundreds of thousands of followers on her Instagram account, she only has 12 posts on her page and she says nothing. We know so little about her, but that seems to work for her. There is nothing wrong with her wanting to maintain that level of privacy in her life, either.

We don’t know about you, but we have a feeling that she’s doing well in life. She has a job she loves. She’s educated. She’s helping people feel more confident and beautiful, and she’s living her life on her own terms. She seems to be the kind of woman who has taken control of her own life and she knows she’s doing well.

8. She Was In A Relationship

Prior to 2019, she was in a long-term relationship that did not work out. She was with the same man for nearly three years, and she said that their breakup was very similar to a divorce. We imagine that this means they lived together and had accumulated a lot in their time together, and that the breakup meant a lot of detail had to go into planning what they’d do with their home and animals or whatnot. Of course, that’s merely speculation.

9. She Had a Good Time on Television

She might not have won, but she did make new friends, form new relationships, and she got to try things she might not ordinarily get to try. She had a very good time on national television, though she’s not making reality television her entire future.