The new ABC fall series Nashville stars Connie Britton as chart-topper Rayna James, a country legend with a huge career. While her celebrity power is one that any singer would be jealous of, her popularity is starting to wane.

Enter up-and-comer Juliette Barnes (Hayden Panettiere), the new future of country music. Rayna’s record label decides to set up Rayna as the opening act of Juliette’s tour, and you can just imagine how that plan goes. Juliette is eager to steal Rayna’s spotlight, while Rayna is offended to be opening for that ‘disrespectful, untalented, little vixen”. But Rayna may have a chance to step away from the has-been spot when talented, and undiscovered, songwriter Scarlett O’Connor (Clare Bowen), joins forces with Rayna.

Rayna’s personal life is just as complicated as her professional life. Her estranged father, Lamar Hampton (Powers Boothe), is a powerhouse in business and politics. And his power is currently directed at Teddy, Rayna’s husband, who makes a run for Mayor of Nashville against Rayna’s wishes.

Watch a trailer for Nashville below, which will be airing on Wednesdays at 10:00 p.m. 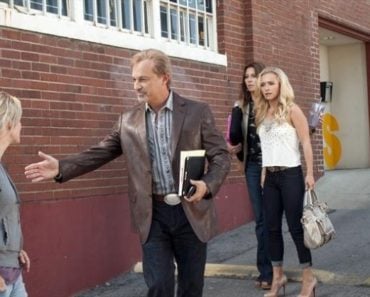