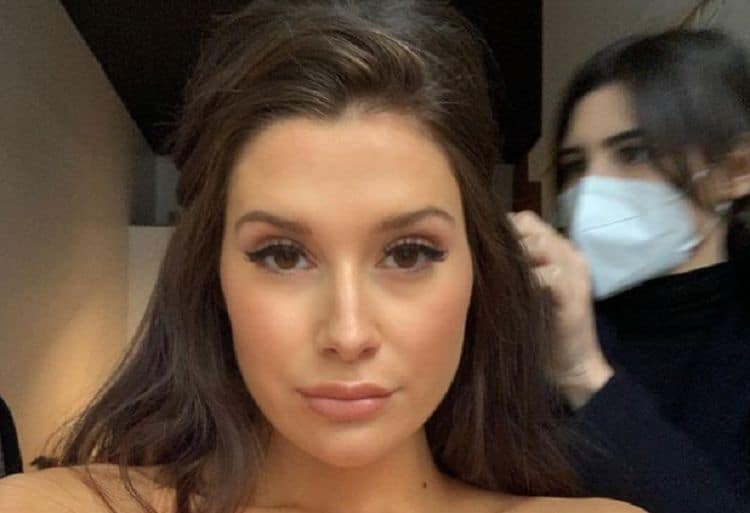 The entertainment industry is a tough business to get into, and it can be even tougher to survive once an actor gets their foot in the door. Still, Natasha Calis has managed to do both – and she’s done them in a major way. Over the course of her career, she’s appeared in a variety of roles and she’s always known exactly how to bring her characters to life. She has played several differnt types of roles and she never disappoints. Most recently, she has gotten a lot of attention for her role as Ashley Collins in the TV series, Nurses. People are loving the show overall, and Natasha’s work has gotten a lot of praise. Keep reading for 10 things you didn’t know about Natasha Calis.

1. She Started Acting As A Child

Natasha may be in her early 20s, but she certainly isn’t new to the world of acting. She got her first professional job when she was just 7-years-old. While many child stars struggle to make the transition to landing adult roles, Natasha seems to have gone through it pretty smoothly.

2. She Loves Interacting With Fans On Social Media

Just a few years ago, it would’ve been nearly impossible to directly interact with anyone in the entertainment industry, but social media has closed that gap significantly. These days, even the most famous celebrities are just a few taps and scrolls away. Natasha loves being able to connect with her fans on social media and can frequently be seen responding to comments from viewers.

There’s nothing that quite compares to the feeling of getting out and seeing the world. With so much to explore, there are an endless amount of adventures that a person can go on. Natasha is trying to go on as many as she possibly can. She loves to travel and has been fortunate to have a career that has allowed her to travel to different parts of the world.

4. She Doesn’t Have Much In Common With Her Character On Nurses

If you’re a fan of Nurses and have wondered if there’s anything that Natasha and her character, Ashley, have in common the answer is not really. Natasha told Brief Take, “I think that she’s the most different from me than any other character that I’ve played. She’s very polar opposite to me in almost every single way- her sexuality, her childhood, the way that she grew up, her life experience and her life thus far has been so different from mine, so there’s definitely this physicality that I brought to her that’s been really fun for me to embody.”

5. She Hopes To Spread Positivity

If there’s one thing the world never has a shortage of, it’s negativity. Between bad things happening in the news and disheartening daily interactions, it can sometimes be difficult to see the good in things. Natasha, however, is all about positivity and that’s something she always tries to spread to the people she interacts with.

6. She Loves The Outdoors

Being a professional actress can mean dealing with a lot of stress and hectic work days. Although Natasha really loves waht she does, sometimes she needs a break to relax and recharge. Spending time outside is one of her favorite ways to do that. She loves being out in nature and doing things like hiking and swimming.

Natasha likes to keep herself in good shape, but that doesn’t mean she doesn’t like to indulge in some good food every now iand then. The fact that Natasha loves to travel also pairs really well with her love of food. She has probably gotten to try some very tasty authentic dishes all over the world.

Natasha doesn’t technically have any children, but that doesn’t mean she isn’t a mother. All of my pet parents out there understand exactly what I mean. Natasha has the cutest little dog named Bowie and she has an entire highlight section on her Instagram account dedicated to him. I think I can speak for all of us when I say that we’d love for him to have his own account so we can keep up with his adventures on a regular basis.

Natasha isn’t afraid to use her platform to stand up for the things that she believes in, and one of those things is social justice. She has been very vocal about her support for the Black Lives Matter Movement and the fight to end racism. She currently has a link in her Instagram bio that directs people to educational resources and ways to help.

Do you have a lucky number? Natasha certainly does and she believes it played an interesting role during her audition process for Nurses. While talking to Brief Take she said, “My lucky number is 651, and my flight confirmation for the chemistry read, they were like: “Oh, here’s your confirmation number for Air Canada”, by the way, I picked the flight I wanted, they gave me a list of sites and I was like: “Oh, I’m going to do this one”, and they booked and they were like: “We’re going to send you the confirmation code”, and it was 651, and I was like: “This is a sign”.