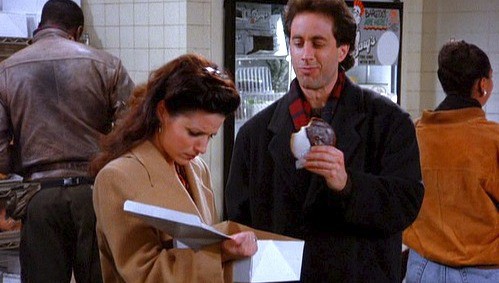 National Homemade Cookie Day is this coming October 1st, and the whole idea of a ‘homemade’ cookie is something that, in TV, seems to mean that the cookies must be actually made by someone and not a machine. That’s fair, as the care and dedication put into each cookie is the kind of thing that a lot of people do still notice and tend to like since no matter how imperfect they might be, the cookie that was made by someone is usually one of the better, or worst cookies you’ll ever eat in your life. We’ve likely all had cookies that were made by someone that were so great we thought we would never find another cookie as good, and those that are just so horrible that you don’t want to hurt the person’s feelings and will swallow them only to feel sick to your stomach later on. Whatever the case, with homemade cookies it’s the thought that counts, even if that thought was that someone forgot the sugar and baked flour cookies that make your mouth drier than the Sahara.

Here are a few cookie moments on TV that were just classic.

Reba is a funny show. She’s a single mom that still has to deal with her ex-husband and his new wife, who in some weird way is Reba’s best friend. But despite all the things that Reba does well, and those things do exist, she’s not much of a baker. If a guy that doesn’t get enough to eat can turn his nose up at free cookies then that’s evidence enough that you’re not much of a baker to be honest. Sometimes cookies don’t come out right simply because there’s an ingredient missing, or because someone added too much of one thing and not another, but the point is that if a cookie isn’t good then you’ll know after the first bite.

Ever met that person that could work miracles in the kitchen when it comes to pretty much anything, but will utterly fail at that one thing? Monica is fully aware of what she can do with most any food, but when it come to cookies it seems she just comes up short without any idea of how to really up her game aside from Phoebe’s family recipe. Unfortunately when it’s found out that the ‘family recipe’ came off the back of a bag of chocolate chips it seems that the secret isn’t quite as well-kept as one would believe. Yet for all that the recipe on the back of the bag details how to make good cookies, most people will still add their own style and ingredients to make it something different and more personalized.

So technically this is a SIRI commercial, but it couldn’t be left out since Cookie Monster is one of the most classic examples of what cookies mean to TV. He’s been such a big part of our childhood for so long that leaving him off the list seemed like a sin in the making. That’s a big reason why he made the list, but the other reason is that it’s been so much fun to watch him eat and hoard cookies throughout the years that watching him actually trying to make them and be patient enough to watch them rise is even more hilarious. Who would have thought that Cookie Monster would have ever decided to be this patient? It’s also worth noticing the cookies on the far counter and the fact that he hasn’t devoured them.

This might seem like a bit of a cheat but in truth you have to be impressed by the amount of work that goes into the cookies that come out of this bakery. Carlo’s Bakery is known far and wide thanks to the show Cake Boss, but it’s also been serving its community for so long that each and every recipe has probably been memorized by those that have to make them. Just think of having to make such huge batches, and then the fact that they actually sell out now and again. That’s a lot of cookies to make just to start with, and a lot of baked goods that go out the door each day. But they’ve made it work for this long.

You can’t really argue with Seinfeld on this one, even if you take a different meaning from “look to the cookie” than was originally intended. Some cookies are meant to just be colorful goodies that are meant to dazzle before they’re consumed, while others are just comfort food that aren’t given a lot of detail or even a pleasing appearance. But cookies are the answer to your life sometimes since they’re good, they’re pleasing, and most of all when you need them they’re very easy to find since a good part of our culture has prized cookies for a long, long time.