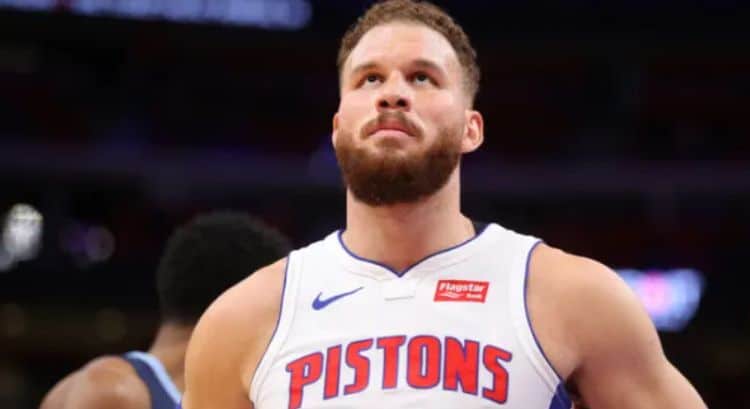 Prank shows are by far one of the many favorite types of programs that people enjoy watching since the unexpected nature of them is something that gets the attention of many viewers and tends to make said shows far more popular. NBA star Blake Griffin is about to be given his own show, titled Double Cross with Blake Griffin, that will be emerging in 2021 to amuse fans of TruTV by getting back at people that have already pulled pranks on those around them. In other words, this show is going to be dedicated to payback since it sounds as though it will be allowing those that have been pranked to get a bit of justice in the sneakiest of ways since the scenarios will involve paid actors that will be thrust into various situations that will get the original pranksters back. It sounds like a lot of tit for tat doesn’t it? But in the interest of keeping people amused and entertained it’s what is being pushed since networks are interested in getting paid and the realization that keeping people happy is the best way to do this is going to keep them motivated to come up with ideas that people will want to watch. There are quite a few other ideas that are a lot worse, but this one, in particular, is kind of a headscratcher since it sounds like Punk’d in a way, but with its own small twist.

Reality TV is definitely an acquired taste since some people absolutely love it and can’t get enough, while others are kind of fed up with it and don’t really have much use for the contrived storylines and nonsense that’s dished out on a continual basis. Prank shows are also a touchy matter since one can’t really predict how people are going to react, meaning that there has to be a great deal of care taken with the program and now the content is dished out. Plus the program has to be believable enough to work since a lot of people these days are still fairly gullible, but thinking that everyone is as easily fooled as the next person is a bit presumptuous, not to mention foolish considering that a lot of folks would come to assume that the scenarios that are being unveiled would be less than genuine. It sounds cynical, I get it, but the fact is that prank shows aren’t anything new, and anyone that’s seen even a single episode of a prank show should know what to look for at this point and be able to spot the act with a fair amount of ease.

Maybe this show will be different from the many others that have done close to the same thing, especially since Double Cross is all about getting even with pranksters in a very justified and somehow wholesome way that won’t be about hurting or embarrassing anyone. Of course, if that’s to be believed then a lot of people might think that reality TV is about as real as it gets, which is to say that it’s beyond ridiculous to give this that much leeway. As far as entertainment goes it might be hilarious and it will likely be something that many people will state is one of the better shows to come out in 2021, but it also feels as though an idea is being rehashed once again after being allowed to trail and taper off in previous years since prank shows are fun and amusing, but after a while, they become the same old thing that people somehow fall for since they might not watch that much TV and they could be a little too trusting at times. Pranks are usually fairly harmless since they’re meant to be funny and not target people unfairly when they’re done in the spirit of pulling a good-natured joke. But the trick here is that the ‘good-natured’ side of it can appear malicious to other folks and be troubling as well. From a given perspective just about anything can be harmful, whether it’s meant to be or not, which is why prank shows are a bit troubling since they’re out to cause at least a small amount of distress among the unwitting participants when the prank is realized.

Of course, the whole idea is that the people being pranked not take anything personally since they did the pranking first and should probably have a good sense of humor. The only things working against a show like this are those that are easily ignored since the critics of reality TV and those that don’t have a well-developed sense of humor are those that likely won’t enjoy this show. Otherwise, it could be a lot of fun and it could possibly something that might be welcomed in 2021, especially after this year is over.