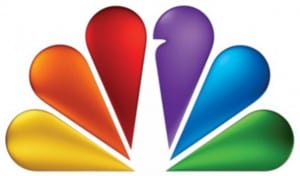 NBC has become the first network to reveal its schedule for the 2013-2014 season and in their just-released plan of attack for next season, they’ve rebooted Thursdays and given the Monday edition of The Voice a new lead-out in FBI drama The Blacklist. Meanwhile, The Biggest Loser makes the leap back to fall and lands on Tuesdays, Law & Order: SVU will lead into a revival of Ironside, and and Grimm will be paired with a genre partner in Dracula, starring Jonathan Rhys Meyers.

This midseason, the Tuesday edition of The Voice moves back to 8:00, leaving room for comedies About a Boy and The Family Guide. Other moves the network made include shifting Chicago Fire to Tuesdays, making Sean Saves the World its Thursday anchor, and moving Parenthood to the higher profile Thursday timeslot.

Among the new series being held for midseason and as yet unscheduled are comedy Undateable, Chicago Fire spin-off Chicago PD, and medical drama The Night Shift.

What do you think about the 2013-2014 NBC schedule? Is there any move that you’re particularly surprised about? Which new series are you most looking forward to?

(New shows are capitalized below.)