Home
Will NBC Renew Chuck for a Fifth Season? Likely 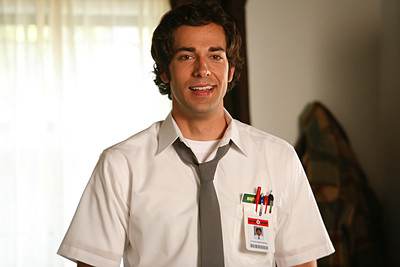 Chuck dodges more bullets than pretty much every other spy combined. The NBC show, which has a small but strong fan following, is reportedly in talks to get a 13 episode order for next season, according to TV Line.

The action comedy series, which stars Zachary Levi as unwitting spy Chuck Bartowski, has dodged the axe several times when it comes to cancellation. The chopping block perhaps came closest in 2009, when NBC delayed the renewal of the bubble series. Chuck fans decided to retaliate by buying footlong Subway sandwiches on the day of the premiere (Subway being a chain that had significant product placement in the series). It worked, and Chuck‘s been chugging along as the Little Show That Could ever since.

Star Yvonne Strahovski stated that she would be “surprised” if Chuck didn’t get the pick up for a fifth season, though after Tuesday night’s “Foxpocalypse” (which saw FOX canceling several bubble shows), fans were nervously hoping the Peacock network wouldn’t do the same. Luckily, the spy series will live to fight on another day. The show will return “for at least thirteen episodes” in the next season, according to TVLine‘s Michael Ausiello.

Chuck‘s fourth season finale, “Chuck Vs. The Cliffhanger” will air on Monday, May 16.