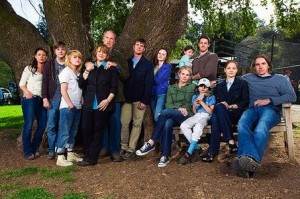 NBC has just released its plan for a post-Leno-in-primetime universe. As previously assumed, NBC will fill the five hours left vacant by the departure of The Jay Leno Show with a blend of scripted and reality programming. The highlights are the reality show The Marriage Ref, created and produced by Jerry Seinfeld and his wife, will air on Thursday nights at 10:00pm. Further, the show will get major pimping as it debuts after the Winter Olympics Closing Ceremonies on February 28th. Other additions include the Ron Howard-produced Parenthood airing on Tuesday nights at 10:00pm (after The Biggest Loser). Law & Order (original recipe) returns to Mondays at 10:00pm, and Law & Order: SVU shifts on Wednesdays from 9:00p to 10:00pm. Friday Night Lights is back on NBC Friday nights starting April 30th. Also look for the premieres of reality shows Who Do You Think You Are? (produced by Lisa Kudrow, March 5th at 8:00pm) and Minute To Win It (March 14th at 8:00pm).

Thank you to TVMoJoe at The Wrap for the above schedule. For a list of other shows premiering this spring season, check here. For more information on the Leno/Conan debacle, check here and here. For Parenthood promos, check here.