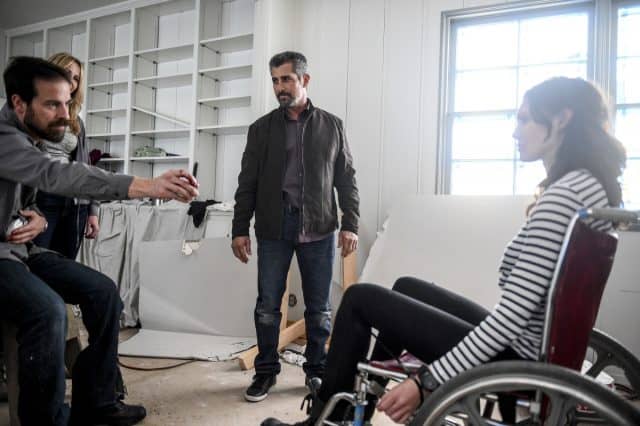 The stars and producers of NCIS: Los Angeles said the conclusion of the mole storyline would feature multiple twists and turns. To quote Nell Jones, “Welcome to NCIS: Los Angeles. We be crazy.” The story two years in the making finally came to an end with as much of a concrete conclusion as can be expected in a situation like this. We found out the why, we found out the who, and we have a general idea of what happens next. For many reasons the future after this experience will be bittersweet, as the team will be expected to move forward through at least one more trauma.

Let’s recap what this conspiracy was all about in the first place. Several CIA agents did not appreciate NCIS’s interference in their operations in the Middle East, and decided to teach them a lesson. It started out as an investigation into NCIS, to see if there was something they could get on their operations which was illegal or unethical. When that didn’t work, it became a full-blown witch hunt with individual agendas of revenge. They recruited Carl Brown within NCIS and several others to betray the team, and here we are. As of the last episode, Carl Brown and Sharoff were down, and Sabatino was in only a slightly better position with NCIS. Because he was their only leverage to get Kensi back, leaving him mostly un-maimed was a good idea. With Kensi at the mercy of a crazy, rogue agent who wanted revenge for shooting off his leg, time was not on Sabatino’s side to help them.

Sabatino’s reprieve doesn’t hold for long. Kensi was able to rattle CIA Agent Ferris long enough to keep him from making her a paraplegic. She’s also drugged twice and dragged all over Los Angeles in a wheelchair. The girl gets her licks in, even biting her tongue to get Ferris’s guard down, but he’s too heavily supported and loves playing mind games. Someone’s going to have to explain soon what the significance is of the photo of the second dead body Ferris shows Kensi on his phone. Sabatino may not know where Kensi is, but his story about trying to bring down a corrupt group from the inside is too little, and way too late. It’s not what he knows about Kensi that’s interesting, but what he knows about Ferris and his remaining allies. Deeks’ threshold on his anger doesn’t hold for long either. It’s one thing to take it out on Sabatino, because let’s face it, the man deserved that beating after letting it get this far. However, Deeks’s anger towards Hetty is downright horrifying. Blaming Hetty for putting Kensi back in the field too early, thus for getting her kidnapped, was out of line.

After so much betrayal and blame, Hetty has very few friends. Her greatest ally at this point would be Granger, if he wasn’t in the hospital struggling to recover from a near fatal stabbing. Thank goodness Granger has the little strength he needs to shoot the first person who enters his hospital room to kill him. Hetty desperately needed an ally, and the person she asked for help is someone very famous in the NCIS universe. Eric mirrored our amazement when none other than JAG‘s Admiral A.J. Chegwidden walked right into NCIS OSP headquarters. He’s not entirely integral to getting Kensi back, but he is one of the few people in the world Hetty trusts. Trust is a rare commodity these days.

The true traitor is none other than Joelle. It’s not a coincidence that when NCIS goes looking for Kensi, they find Joelle strapped to a chair instead. Despite what she claims, her entire relationship with Callen was a lie. She was nothing but a CIA officer assigned to keep an eye on him, who is now trying to cover her butt by claiming she always cared about Callen and didn’t mean for anything to happen to Kensi. Why do people think that line works? Considering Michelle vouched for both Sabatino and Joelle, she’s going to be pretty upset. Sam and Callen might not be comfortable hurting Joelle, but I have a feeling Michelle will have a few choice ‘words’ for her former friend. Though I give major credit to the retired Admiral for getting a good hit in on the woman who dared pull a gun on Hetty.

Granger is the one who ends up being key in Kensi’s rescue. His kill shot gave NCIS the upper hand in tracking Kensi. Deeks finally got his girl back, and he finally got to put that well-deserved kill shot in Ferris. This is kind of a win-lose scenario in the end. Kensi is rescued, but Sabatino escapes. Granger is laid up in the hospital, but Admiral Chegwidden might be sticking around as a temporary replacement. How temporary could he be though? Granger is tough, he’s proven that. He’s not invincible. Surviving his wounds is only a stop-gap, since he is still suffering a painful downfall from the Agent Orange in his system.

Was the conclusion of the NCIS: Los Angeles conspiracy effectively written? Who would like to see the Admiral stick around? When will we have to finally say goodbye to Owen Granger?

NCIS: Los Angeles wraps up its mole investigation with a shocking return 20 years in the making.