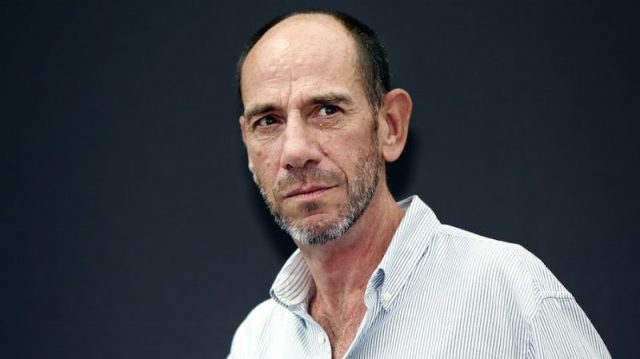 Miguel Ferrer, an actor whose face you always recognize but don’t always know the name, died today.  He was only 61.  While many know Ferrer for his more recent roles on NCIS: Los Angeles as Owen Granger and “Crossing Jordan,” Ferrer has been around Hollywood dating back to the 80s.

Ferrer launched his career in the early 1980s with small guest shots on such series as Magnum, P.I., CHiPS and Cagney & Lacey and features including Heartbreaker, RoboCop, The Man Who Wasn’t There and Star Trek: III: The Search for Spock. He would go on to focus mostly on TV throughout that decade before landing the Twin Peaks role in 1990.

I personally loved him in the movie Traffic and as mentioned before, Robocop.   Ferrer had a very “cocky” type of look about him and his characters usually portrayed that entitled, almost regal demeanor.  It was no more apparent than in Robocop but that type of role personality followed him throughout his career.   Even as recent as 2012 he was seen as somewhat of a hard case on television.

He came in early on as the assistant director of NCIS and at first was a hard-as-nails unpleasant sort to the team. But during the course of the ensuing seasons, his Owen Granger warmed up to them and became a friend. There has been an ongoing mole-hunt storyline in the current eighth season of NCIS: LA, and Granger was stabbed while in police custody in the most recent episode that aired Sunday.

Ferrer is survived by his wife Lori, sons Lukas and Rafi and his brothers and sisters.

Here’s the scene in Traffic that I personally loved.  He will be missed.