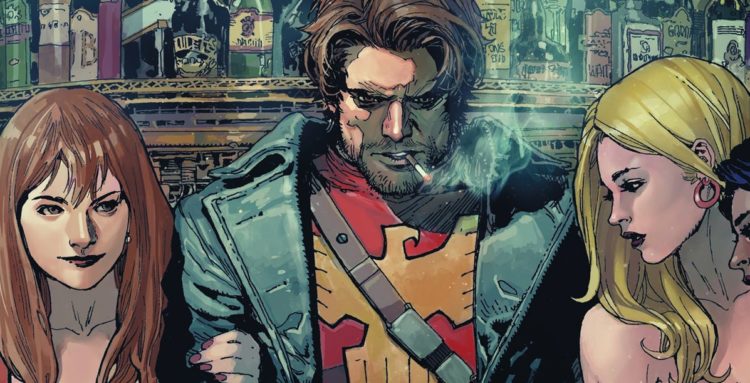 Netflix is still on a role as it continues to snap up as many ideas as it possibly can. This time it’s picking up an anime series titled Supercrooks that is based on Mark Millar and Leinil Yu’s ideas and will be one of the biggest heist comics to have come along in a while. The show will be produced by Bones apparently, the same studio that was behind the widely-popular series Fullmetal Alchemist and My Hero Academia. The series was originally published in 2012 and it was optioned to be a film in 2011, before it was published. So the interest has been there and the idea has been in the process of being kicked around a bit, but as of now it seems as though it’s off the back burner and on its way to become something of a reality.

If you want to know what it’s about and haven’t read the series, one of the main plot points is that Johnny Bolt, the main character, will be leading a team of retired super thieves on a heist in Spain. In some ways this sounds like a souped-up version of The Italian Job with the thieves being a little more elite than the men that were involved in the movie. But what they’re going after is unknown to most that might not have read the series and their entire arc is going to be something that might need to be revealed unless the series is going to go strictly from the anime.

In addition to this Netflix is also beginning to develop other stories such as Jupiter’s Legacy, American Jesus, and even films based on Reborn, Empress, Huck, and Sharkey the Bounty Hunter. Millar’s other creations have been able to be filmed as successful live-action films and they’ve been either cult favorites or widely acclaimed movies that have garnered a great deal of recognition. If you really look at what Millar has done in terms of how far his creations have gone he has an awesome track record to date and it’s not something to doubt at this moment since quite honestly the guy knows how write a story.

So far there’s no release date for Supercrooks but it would seem that the date of release could be seen as upcoming since it is being talked about and it is trending at this time. That’s a good indication that it’s being taken seriously and it will be coming out sometime in the near future, perhaps by the end of 2019 or perhaps 2020. That’s a guess at best since so far nothing is really being put forth as a set date. What is evident though is that the people in charge are taking their time since it’s obvious that everything that Millar has done has been given the type of care that has allowed it to be something that is unique and absolutely powerful in its delivery. Given that this is coming to Netflix it might not have the same kind impact as a movie on the big screen might, but all the same since many people love to Netflix and chill these days it’s a better chance that a person will stay in and watch what’s on the tube rather than take the time and the money to go out and sit in a crowded theater.

Ever notice that? Netflix and other streaming services have certainly changed the game. It used to be that Netflix was still fairly unreliable and could only be depended on for decent movies and shows that had were popular some time ago and one would have to take the DVD option and hope that the DVD wasn’t scratched beyond all repair. But now that Netflix is picking up new movies and shows and coming out with its own films and shows it’s become a reason to stay home and rely on the new and exciting programming that keeps coming out day by day and month by month. It’s truly something that has managed to change the entire landscape when it comes to the type of entertainment and how people choose to view it. But it’s also changed since it has affected how the streaming services have responded to the needs of the fans and what they want to see on a regular basis. The streaming services have actually kind of experienced a boom since Netflix has actually been doing the absolute best that it can to stay on top of the heap, especially with Hulu and Amazon Prime nipping at their heels, and Disney’s streaming service yet to be felt as an impact.

This is the great thing about Netflix, they’re bringing out the big guns by responding to fans and by taking on projects that are in-house and are taken from some of those who have been seen as visionaries in the entertainment field.