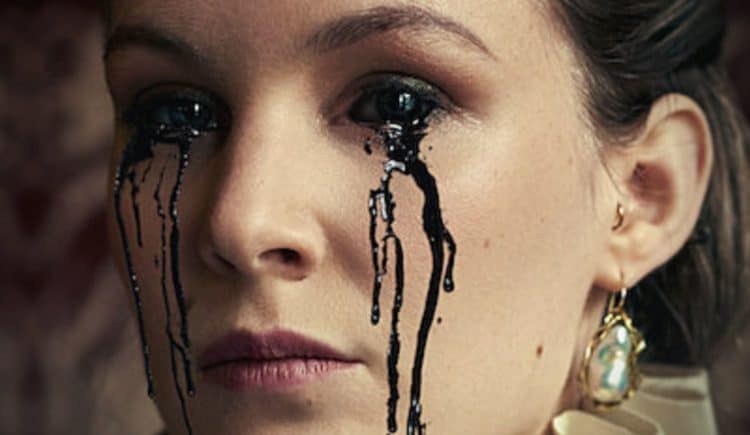 In essence Ares almost sounds like a lot of other shows and movies that have come along in the past, but with the terror factor raised to a level that’s so intense that people are actually scared to finish watching it. In a way it’s amazing to think that there’s anyone left in this world that’s shocked by anything that’s come across the TV, but given all that happens in this first season it’s not too hard to think that those with weaker constitutions or a great sense of right and wrong might cringe a bit and decide to pull away. The level of commentary that’s brought on by this show tends to mount quite a bit before the season finale, but once things finally come to a head it’s rather obvious what everything has been building to since it reveals just what Ares is all about and what Beal really is. As David Pountain of We Got This Covered and many others have written this show is disturbing on many levels but those that manage to get to the end should be able to realize it’s a play on justice and revenge the likes of which is easy to recognize and even possibly agree with no matter how vicious it really gets.

Granted, the visuals and the storytelling that are inherent in the series are kind of hard to stomach at every moment and there is a definite, sinister feel to the series thus far, but no more so than many a horror movie or series with a definite cerebral lean to it. The fact that some folks couldn’t even make it through to the end says that they were either so heavily invested in the show or they’re simply not horror buffs since after watching a bit of the series there’s not much more to it that warrants people being unable to finish watching. Granted, there are those that think they can watch shows like Ares, or movies, and be just fine. But with every different person there’s something that’s bound to hit them on a level that’s different enough to keep them from being able to truly sit and be ‘okay’ throughout the entire production. Ares is obviously a show that has managed to hit a lot of people in just the right spot, but again it’s hard to believe that so many are really this scared since the same thing happened during the Paranormal Activity movies and not much later, after the movies had been taken from the theater, many upon many people were openly mocking them. In a big way it almost feels as though the moment the terror is gone it’s easier to push forward as the idea that a formula is in place and will be used throughout the project is usually the best defense against any type of horror, cerebral or visceral. Alfonso Montoya of Flixrazzi has his own opinion on the matter.

Be that as it may though people like being frightened even if they don’t wish to admit as much. This is one reason why horror is such a popular genre, and why people will keep coming back no matter if they found it ‘too intense’. The physical and chemical reactions that occur when people are afraid are somehow addictive, strange as that sounds, and while some people tend to run from them, in a manner of speaking, others will go back again and again in order to get that feeling, that rush, all over again, even if they don’t want to admit that this is what it is. For many just finishing off the story is important since a lot of people aren’t willing to give up on a story once they’ve started and placed enough personal investment in it. For others that rush is what does it and once the story is over they might finally come to grips with it, or they might feel somehow empty and need yet another rush to complete that feeling. It’s a strange effect that fear has upon people, but the reactions do vary as it’s shown by those that have watched the show. Kayleigh Dray of Stylist has more to add to this idea since Ares did in fact get slipped in rather quietly to Netflix’s lineup.

There’s no word as to whether there will be a season 2 as of yet, but if there is, and many people are already feeling that there should be, then it’s likely we’ll be hearing more about it in the days to come. Seeing how the first season went and the kind of reaction it had upon people already there’s a good idea that a second season would have a long way to go in order to top the first. But considering how things have gone so far there’s a lot of hope that Ares isn’t done just yet.