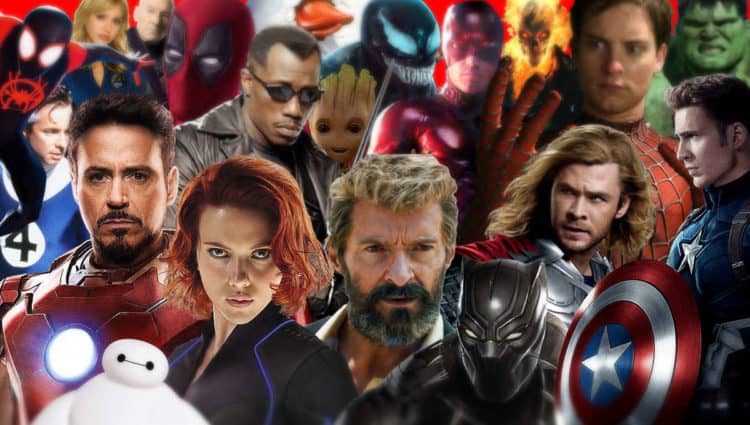 The roster for NetherRealm’s (developer of Mortal Kombat and Injustice: Gods Among Us) new Marvel fighting game has supposedly been leaked and it is actually pretty surprising. Of course, it includes some pretty iconic characters from the Marvel universe, but there’s also a few pretty surprising lesser-known characters that have made the cut. While it would certainly be exciting if all of this information was completely and entirely legitimate, the following information comes straight from Reddit user u/Comicconthrowaway, and there is currently no official word on whether or not these leaks have any truth to them, so this could end up to be entirely inaccurate information. However, if these leaks are actually correct, what Marvel characters are we looking forward to playing in NetherRealm’s new Marvel fighting game? Which characters aren’t currently on the “roster” that we hope to see added in the future?

So, who do we have up on the roster for NetherRealm’s rumored new Marvel fighting game? Well, we’ve got:

An obvious must-have in any Marvel game involving a roster of different characters. I’m actually pretty shocked that we haven’t gotten a Captain America solo game yet, but maybe that’ll be coming soon.

The God of Thunder returns to the world of video games after being busy battling AIM in Marvel’s Avengers. I’m sure that fans of the Son of Asgard will be eager to hop into the game and wield Mjolnir yet again.

Probably one of – if not – the most iconic Marvel characters of all time (and realistically, one of the most popular characters in general, of all time), Iron Man is absolutely a no-brainer for any character-based Marvel game.

Not particularly any surprise here with Black Widow, though it will be interesting to see which Black Widow NetherRealm chooses to use in their Marvel fighting game, since we now have Yelena Belova from the MCU’s Black Widow, and we have Natasha from Marvel’s Avengers, along with several other comic variants of the character. This one will definitely be interesting.

It will be interesting to see which direction NetherRealm takes Hawkeye, since the MCU and comic versions of the character are so drastically different, at least in current MCU continuity, it’s rumored that he’ll be losing his hearing in the Hawkeye series, so there may be potential to bring him closer in line with his comic book counterpart.

Wolverine is definitely one of my favorite comic book characters of all time, and I can’t wait to see him return to video games, because he had some really good appearances in Marvel’s Ultimate Alliance, and he’s actually been a playable skin in Fortnite, of all games. Although, it will be nice to see him back in his raging action again.

Black Panther is another character in the world of Marvel that has seen a massive increase in popularity over the last couple of years, and I am so happy to see T’Challa get the recognition that he deserves. Black Panther has always been a great character, and it would definitely be cool to see him (and maybe Michael B. Jordan’s Killmonger) in NetherRealm‘s new Marvel fighting game.

Spider-Man is my favorite comic book character of all time, without a doubt. I grew up reading Spider-Man comics and watching the Tobey Maguire Spider-Man movies, playing the games, and I loved it all. I definitely have high hopes for Spider-Man, especially coming off the heels of both Spider-Man PS4 and Spider-Man: Miles Morales.

Supposedly, Groot and Rocket will be a duo character in the Marvel fighting game by NetherRealm, and with the Guardians of the Galaxy picking up so much attention lately, it’s hard to find this surprising. I’m sure their gameplay will be incredibly unique.

While Blade is getting his own official MCU movie, he’s still a pretty lesser-known character outside of comic book fans. This is definitely a cool character to see make the lineup.

Moon Knight will soon be making his MCU debut with Oscar Isaac set to take up the role, and I have to say, if Moon Knight is coming to NetherRealm’s Marvel fighting game, I already know who my main is going to be.

Ghost Rider is definitely an under-appreciated Marvel character, and I’m really hoping that we start to see more of the character in future Marvel developments, especially Marvel Games.

If we end up seeing Gambit in NetherRealm’s upcoming Marvel fighting game, it will definitely be some sort of repayment for the cancellation of the Gambit movie that was set to star Channing Tatum until Disney cancelled it in 2019. This definitely won’t make up for that cancellation, but it would be sweet to see Gambit again.

Shang-Chi is another currently under-appreciated and lesser-known Marvel characters, but with the MCU film starring Simu Liu set to debut later this year, I’m sure that everyone will know the name Shang-Chi soon enough.

Kitty Pryde is one of the most powerful members of the X-Men of all time, though it will be interesting how NetherRealm uses her powers in a fighting game.

It’s definitely cool that we’ll hopefully see the female lead of the Fantastic Four in this game, but it’s also kind of surprising.

I think I probably would have preferred to see The Human Torch instead of Mr. Fantastic, but I’ll take it.

Clearly NetherRealm has some power balancing to do here with Hulk, which I think is pretty self-explanatory.

Another surprising character that will probably serve as a counter to Hulk is Skaar, who is actually Hulk’s son.

Now, we get onto the villains that will supposedly be part of the lineup of NetherRealm’s Marvel fighting game, which include: Doctor Octopus, Blob, Mojo, Bullseye, Mephisto, Daken, Arnim Zola, Venom, Abomination, Deacon Frost, and Madam Masque. I have to say that I was not at all expecting most of these villains to make an appearance in this game, especially Blob, Mojo, and Mephisto, although after WandaVision sparked a surge in popularity for the character, due to fan theories, I’m not really surprised.

What do you think about the leaked roster for NetherRealm’s rumored Marvel fighting game? Personally, if these leaks are true, I can’t wait for it to release.