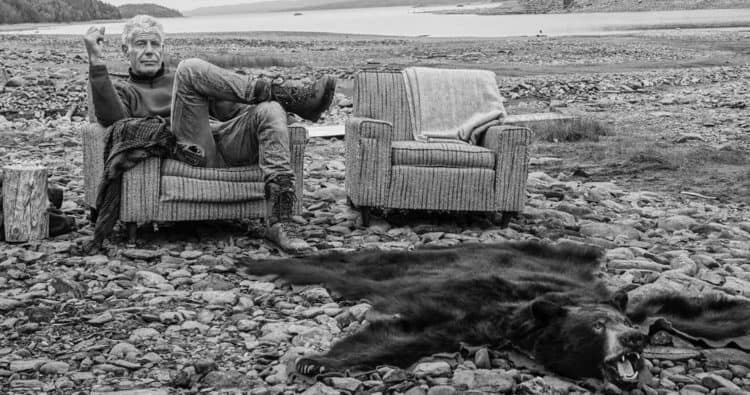 A lot of people feel one way or another about Anthony Bourdain and as a result of this he’s either the favorite of many or the guy that doesn’t get talked about a lot in certain circles. Some might even go as far as to say that his suicide created an unfortunate but obvious controversy on his legacy since it does seem as though he had a pretty good life despite any issues he might have been dealing with. That’s the major downside of depression though, you just don’t know how bad it is with some folks until the worst case scenario comes around. But on the positive side it would appear that his documentary is being handled in a way that will shed some light on his life, hopefully, so that people can better understand the man and what he did for the current culture and for the food and travel industries during his time. As B. Alan Orange of MovieWeb has gone on to state this project is being handled with a lot of care so as to keep his story straight and not allow it to be faked or mishandled in any way.

There’s only one criticism I can offer here and it tends to split into many parts since CNN will have a huge impact on this matter and will no doubt want to see as much positive feedback as possible. The truth is that Bourdain did manage to do a lot with his life and did accomplish a great deal, but suicide is not something that people tend to take lightly since the final act is usually something that has been coming for a while due to mounting problems within an individual’s life that they feel they just can’t cope with. To the world in general Anthony seemed like a guy that had seen and done so many things that it was hard to accept that he hadn’t lived a full and enriching life. Just watching his programs was enough to make a person think that he was the authority on quite a few things in life and had a good handle on things both outside of his sphere of influence as well as inside. But that seems to have not been the case, and the one worry is that CNN will turn this into a documentary that is set to glorify Bourdain entirely and speak very little of any issues or problems he dealt with in his life. It’s great that it will most likely tell of how he rose to prominence and will obviously go over his accomplishments as his memory deserves to be kept in good esteem, but it would also be great to see just who the man behind the TV host was and come to understand what he might have been feeling near the end. Lisa Respers France of CNN has a little more to say on this matter.

Don’t read anything into that, it’s not a request to slander the man or in any way trample on his legacy, but it is a request to know more about him to understand just why he saw a final exit as the only way to go. CNN is unfortunately notorious for spin and for allowing their own personal bias in when it comes to reporting anything, so it’s kind of dodgy even a director that’s been lauded for his great work is being brought in since it sounds as though he had to be carefully vetted to make certain that he would tell Bourdain’s story in a manner that doesn’t allow for anything they might consider to be out of bounds or in any way scandalous. The idea of a documentary is to show the person as they are or were, not always in the greatest light but not always as the upstanding, outstanding individual that others see them as. If anything it would be nice to see Anthony as he was, not a good or bad person, but someone deeply flawed and yet great at the same time, an individual that inspired a lot of folks but had his own demons as well and had to learn how to deal with them. That’s a documentary worth watching, something that will tell the truth, unfiltered and unadulterated without anyone being able to say ‘yes you can do this’ or ‘no I don’t want this to be put out there’. We’re human, and in order to honor other humans it’s easier to do so when seeing their faults laid next to their accomplishments, so that people might make up their own minds.

Anthony Bourdain was without any doubt an interesting and astonishing individual, but he had his issues as well, and it would be great to see this reflected in the documentary, if only to get the truth about him without any bias or expectation of slander. Cat Lafuente and Debra Kelly of Mashed have a few other facts about Bourdain that you might want to look at.