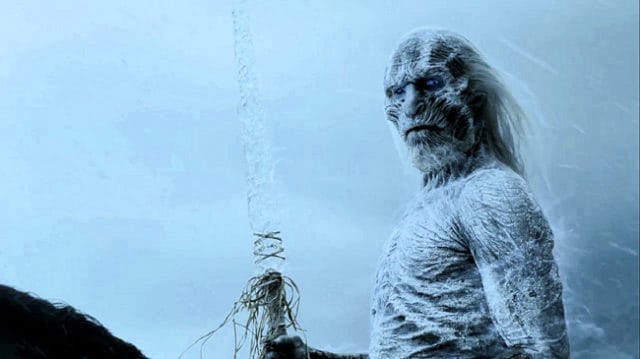 Many people are dedicated fans of the TV show Game of Thrones. Set to do its last season next year, a number of people are already mourning its demise and simultaneously trying to figure out how it all will end. As a result, there are a number of different theories that are circulating there, many of them thought up by dedicated fans who might just have a little too much time on their hands

One of those theories suggest that the White Walkers are not a force of evil, but instead that they are actually good. In this theory, it is the humans that are bad. Typically, most people consider things to be the other way around. However, this theory is gaining a lot of ground in different places on the internet, so much so that a lot of people are starting to pay attention to it.

In order to get a better handle on things, it’s important to be reminded of who the White Walkers really are. First and foremost, don’t get tripped up by the name. A lot of people think that it’s some type of code for good, since most people equate the color white with purity. If you think that, you need to remember that the first White Walker came into being because it was created by the children who were living in the forest. They created the first Walker because they didn’t want to be killed by the humans and they were attempting to defend themselves in any way they knew how. Ultimately, humans did indeed kill all of these children but the White Walkers were left behind.

This is another reason that a lot of people think they’re actually good. They see them as the protectors of the children. Although they were unsuccessful, many people still think that they’re not the evil things that they’ve been made out to be so far. When you take all of these things into consideration, what conclusion are you supposed to come up with?

Rest assured, there is nothing good about the White Walkers. While it’s true that the children in the forest did not create them specifically as a source of evil, that is exactly what they have become. In essence, they are nothing more than bloodthirsty zombies that are out to kill every single human they come across. They don’t think, they don’t feel, they just kill.

Undoubtedly, there will be some fans that absolutely refuse to accept this. That’s okay. Part of the fun of watching these types of shows is trying to figure out what’s really going on by reading between the lines. It’s just as much fun to try to figure out what the series finale is actually going to be like and what secrets it will reveal. Until then, everyone is going to have their own take on things, and those opinions will undoubtedly be hotly contested online. That’s part of the fun of watching a show like this and it also makes the show more popular because people spend so much time talking about it.