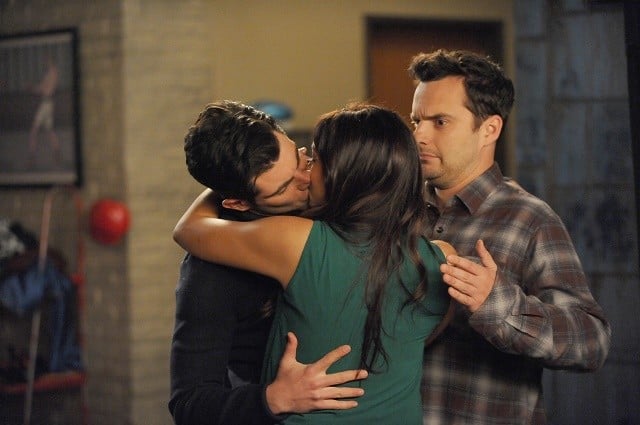 This week’s episode ofÂ New GirlÂ is pretty much an excuse to let Jake Johnson and Hannah Simone show off their comedic chops, as both actors are never better than when Nick and Cece are angry. And while the hilarious scenes Nick and Cece have together are enough on their own to make this episode an incredibly entertaining installment, theÂ relatability and honesty of the situation they find themselves in solidifies “Jury Duty” New Girl‘s best episode of Season 5 yet.

In a way, with Schmidt and Cece getting engaged, New Girl has the opportunity to re-do a lot of the roommate stories it told in Season 1 in new and interesting ways. Adjusting to a new roommateÂ (especially when they’re not paying rent) is always difficult, but when that roommate is your best friend’s fiance (or your fiance’s best friend), it becomes even more challenging. How do you deal with this awkward situation without damaging your relationship with the person who matters most to you?

It’s not an easy question to answer, and even by the end of the episode, New Girl hasn’t given us a complete solution to the problem at hand. While Nick and Cece agree to be more mature and understanding of each other’s flaws for Schmidt’s sake, that doesn’t automatically take away the still very present issues they have with one another. However, it does serve as a sweet reminder of how much Schmidt means to both of them and how unique each of their connections with him is.

While many of Nick and Cece’s scenes throughout “Jury Duty” are hysterical (Nick’s reaction to Cece calling him “not always funny” and her referring to him as “Nicole” might have been the biggest laughs for me), their best moment of the episode is when they are totally honest with each other, admitting that they’re a bit jealous of what the other has with Schmidt. Again, admitting this doesn’t totally fix the problems they have with one another, but it’s a major step forward and a much better way of handling things than passive aggressive comments or talking behind each other’s backs. It’s consistent with the growth we’ve seen from New Girl‘s characters so far in Season 5; they’re all getting older and moving into different phases of their lives, and each of them needs to become more mature as things continue to change.

And speaking of change, Jess, who is separated from the loft gang for most of the episode while on jury duty, will remain gone for the next few episodes, providing both New Girl‘s characters and the show itself its greatest challenge yet. Even though we’ve seen Jess take a backseat to other characters periodically throughout the sitcom’s four-plus seasons, what will this show look like without its titular new girl at the center? Just like with the conflict between Nick and Cece, there’s no clear solution to Jess’s absence (although the show’s writers believe they’ve found a temporary fix with Megan Fox’s Regan, who will arrive within the next couple weeks). However, after a solid start to Season 5 , I’ve got faith that New Girl will rise to the occasion and show a new side of itself, just like its characters have done throughout this season’s first three episodes.

What did you think of this week’s episode of New Girl? Are you worried about how the show will fare without Jess for the next few weeks? Comment below and let me know.

A fight between Nick and Cece puts Schmidt in an awkward position in a stellar episode of New Girl.