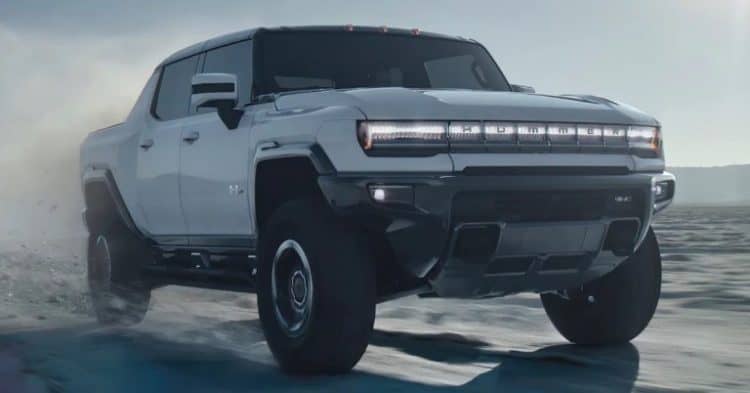 Let’s be honest and say that the Hummer EV is definitely impressive when its commercial is set to the tune of Immigrant Song since people tend to hear this and get pumped up. Want to know the funny part of this revolutionary vehicle? It might appear to be a very efficient and insanely useful rig, but the cost is somewhat less than efficient since the $80 thousand dollar price tag isn’t all that great for a lot of people considering that this is more than a lot of people make in a year and on top of that, a Hummer isn’t exactly a practical vehicle for a lot of people given that its design and its multiple functions probably won’t be used a lot of the time unless people are so restless that they just can’t sit still and want to drive first to the deserts, then to the frozen tundra, then up a mountain, and then along a forest trail in the backwoods. In other words, this is a toy, no matter what it’s capable of, it’s an expensive toy for adults that a lot of people would never see any money back on since like it or not, just like any vehicle, this would start to depreciate the moment it was taken off the lot.

Does it look and sound impressive? Well hells yes it does, that’s the point. Boring car commercials don’t really get the product noticed that often, but something with a lot of flash and pomp is going to be seen as a product that people might want to take a look at, kick the tires so to speak, and look at as something that could be worth their time. But in the long run, one has to think that as impressive as this rig is, and a 350-mile range and zero emissions are impressive, it’s still a giant pleasure vehicle no matter how much it can tow or where it can go. One can’t blame the company for trying to make money on this monster since a lot of people do enjoy Hummers, but at the same time, it’s not a vehicle that can be marketed to a big part of the population since like it or not, a lot of people can’t pull the money that’s needed for one of these, even if it’s not fully-loaded with every possible option. From a consumer standpoint it has all the bells and whistles one could want apart from a refrigeration unit and snack cupboard, but give them time, those in charge of design and function might come up with such a thing one day.

Does anyone remember what actual driving was like? Many people should be able to say yes since they grew up without some form of cruise control. That option has been pretty standard on a lot of vehicles since the 60s, and it’s appreciated by many since it allows them to simply rest their feet without having to modulate their speed due to other drivers or road conditions. But not having to actually have your hands on the wheel? That’s a lot of trust in a machine and its programming, not to mention that for longer trips it does feel as though it would invite the danger of the driver dozing off. And the camera system, really? Does the driver really need that much of a distraction? A lot of people would just roll their eyes and state that such concerns are the old school way of thinking trying to assert itself and pick apart issues that don’t really exist. There’s a part of me that would agree with them, but another part that remembers learning how to drive with a manual transmission that insists that actual driving is an important part of the experience, rather than allow the vehicle to do much of the work for you. Yes, it’s the old school way of thinking, but it’s something that has a long and strong enough track record that still has merit.

Fighting the future is never a great idea since it means that one is bound to be left behind once the future rolls over or past them, leaving said individuals sputtering in the dust, but not the exhaust, of the new electric vehicles that are quickly becoming more of a reality that people are embracing. What’s really funny about this though is the whole idea of electric cars and the fact that they’re still using ‘dirty energy’ quite often since at this time the electricity that continues to power said technological wonders are not provided solely by the measures that people are stating will replace the old methods. In other words, if someone wants to preen about their new electric car and how good it is for the environment, remind them that a lot of the electricity they’re pumping into their vehicle is still coming from fossil fuels one way or another.