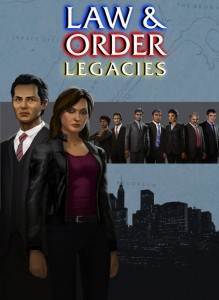 Law & Order: SVU is the only surviving Law & Order show, but the franchise is surviving in game form. Law & Order: Legacies will soon be coming to your iPad, iPhone and computer.

Players will act as both the detective and district attorney in the game. First they’ll hit the streets to investigate the crime and then head to the court room to prosecute the suspect. Each case will have multiple endings that will depend on the route players take.

The plots of the first two episodes have been released:

Episode 1: A maid at a five-star hotel is found attacked and murdered in a supply closet. On his first day back at the 27th precinct, Curtis catches the case, and with the help of Olivia Benson from SVU, uncovers a conspiracy involving voicemail hacking and a powerful media magnate.

Episode 2: In 1999, Lennie Briscoe and Curtis investigate when a body is discovered with a large gash to the inner thigh/femoral artery. McCoy focuses on the responsibility of an accomplice who denied the victim medical attention, and his careless disregard for the man’s life.