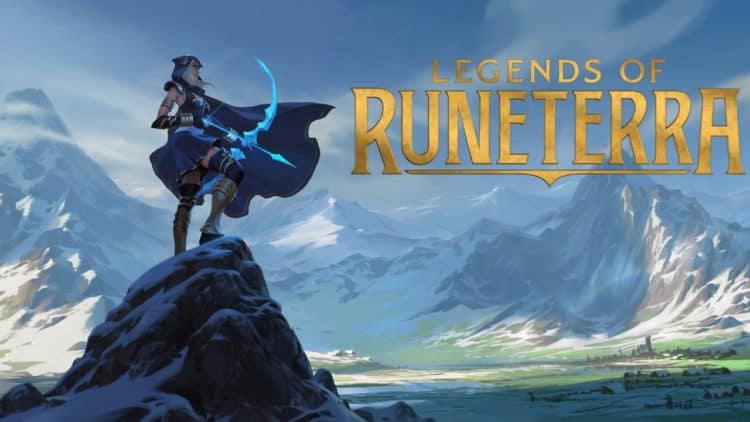 A brand new Legends of Runeterra update is available now! Legends of Runeterra is the player-vs-player strategy card game that is set in the League of Legends universe. I’ve been having a ton of fun with it, building decks, getting absolutely destroyed in custom matches with my friend, Rich, and opening chests to obtain new cards that I can add to my deck at random. Okay, so I guess I’m not really that great at the game, but that should speak for the game’s ability to keep one entertained even if you suck at the game. Patch 2.2.0 recently became available in the game and it brings with it some fantastic new features and even updated some existing features and a new Lab! So let’s take a look and see what Legends of Runeterra Patch 2.2.0 has to offer! All of this information comes directly from the Legends of Runeterra patch notes page here!

This is definitely a nice readability feature for players that use different languages, instead of having the Region icon at the bottom of the card, it is now in the top right across from the Mana cost.

After some brutal battles in Lab of Legends, Heimerdinger seems to have gone mad with his newest experiment – Heimer’s Madness! This new 1v1 PvP Lab starts out pretty tame, but can quickly get out of hand. Here’s a crash course on how to manage your madness:

Create low-cost Followers and Spells to overwhelm your opponent, or choose high-cost cards and try to control the match long enough to discount them for some insane combos!

“We’re sticking with minor tweaks again this time around, starting with some light buffs to Afterlife and Moonlit Heist by removing some of their more inconsistent cards. Shroom and Boom is receiving some new aggressive options and losing Insightful Investigator. Finally, Augmented Assault is gaining the Investigator as well as a few more 2-cost commons to fuel it.”

There you have it, folks. Your patch notes for Legends of Runeterra patch update 2.2.0! What do you think about the new card layout changes? Personally, I don’t see a problem with it, but I’m sure it’s a change that not many players were expecting.