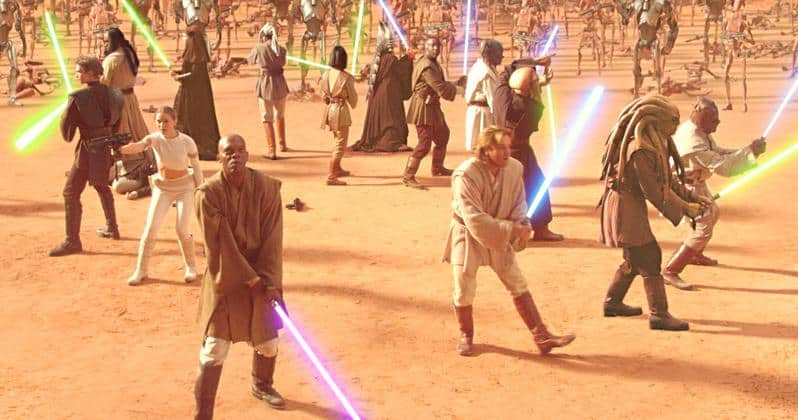 It sounds as though Obi-Wan Kenobi won’t be the last Force-user to be seen standing in his own series when it comes finally releases, but then a lot of people were bound to realize that. After hearing that Hayden Christensen was returning to take in the role of Darth Vader it was kind of obvious that would seek out his old master and friend. But it’s sounding as though there will be another Force-user or two in the fold, as Moses Ingram from The Queen’s Gambit will be joining up, and it does sound as though Darth Maul will be making his way back for a rematch which will hopefully be every bit as tense as the one that took place in Rebels. Apart from that however it’s unknown who else could be showing up. A confrontation with Darth Vader though sounds like a bad idea simply because it would really screw with the continuity of the story given that Vader acted as though they hadn’t seen one another many years in A New Hope, which still makes it feel as though Mustafar might have been the last time they’d seen each other. To think that Vader might be searching for his old friend is one thing, but to have him find Kenobi might not be the best idea. Well, whatever happens, our words aren’t going to do much to dissuade those in charge. But watching Vader continue the hunt for any remaining Jedi might be kind of interesting. Plus, with a ten-year time gap that will be enacted at the beginning of the series, it’s likely that Kenobi has, at that time, become capable enough at hiding to keep off of Vader’s radar. Thinking that Vader might have a reason to head to Tatooine would be difficult to accept unless it was Palpatine that ordered him there since even grown he still has too many painful memories of the place.

It’s easy to think that a lot of people might have believed that Order 66 was a general purge of the Jedi, that all save for a few of them were killed when the clones turned on them. But whether this is going to become canon or not, there were plenty of other Jedi that survived, those that were lucky, too skilled to be taken down, or those that went into hiding. Perhaps Kenobi will meet up with a few of them, or perhaps we’ll see Vader on the hunt and taking out those that dare to stand up to him. It would be interesting to see how many other aspects of Star Wars are unveiled this time around since there’s plenty left in the universe to discover, and to be sure, it would even be great to see Admiral Thrawn show up since he and Vader have worked together in the recent books that have been written. But the inclusion of other Force-users would be great since it would be a reminder that there are plenty of Force-sensitives in the galaxy, and that some of them are bound to be quite powerful if given the chance. It doesn’t feel as though Kenobi would even bother taking on another apprentice, and it would be kind of a lame attempt if such a thing was in the cards, but it does feel as though Kenobi is going to be a bit haggard after ten years of watching over a young Luke Skywalker, who is also rumored to be showing up in this series at some point. Right now the details are still kind of scarce apart from the little that’s been revealed, but it does sound as though things are definitely in the process, which means we’ll probably be seeing this series emerge in 2022 at this rate.

There’s been quite a bit of stalling with this series, and the pandemic certainly didn’t help. But now that things appear to be back on track it’s going to be interesting to see how the series progresses and how the cast will develop as things continue to roll along. One of the only downsides is that people know how things will eventually end up since retconning the entire first trilogy doesn’t sound like a wise idea, especially since Star Wars fans have proven to be insanely toxic at times and aren’t bound to appreciate any serious and purposeful deviations from the storyline. But it’s easy to say that exploring some of the finer details of Kenobi’s story will no doubt be a lot of fun and will give us a bit more insight into the Jedi as he goes through a great deal of self-introspection as well as instruction from his old master Qui-Gon Jinn if that part is placed into the series. It’s kind of hard to see Liam Neeson coming back for that purpose at this time, but we don’t know enough to say that it won’t happen, not yet.