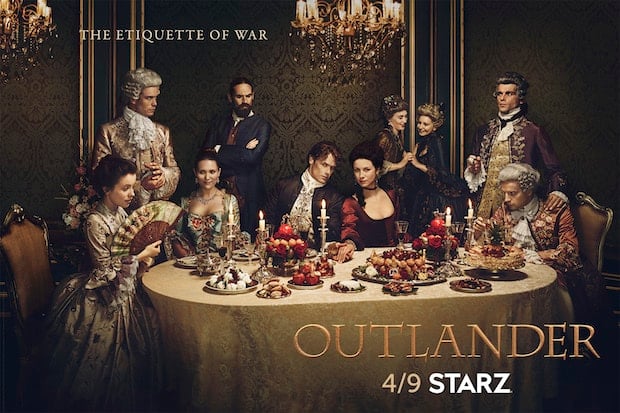 It appears that Claire and Jamie will be getting a lesson on “the etiquette of war” when they arrive in France inÂ OutlanderÂ Season 2. The newest poster for the Starz drama’s second season centers on a dinner party of sorts, as the couple seemÂ to be surrounded by both friends and foes, with many of the people in the image sneaking glances at each other.

OutlanderÂ Season 2 premieres on Saturday, April 9, at 9 p.m. on Starz. If you haven’t already, check out the official trailer for the show’sÂ second season below: