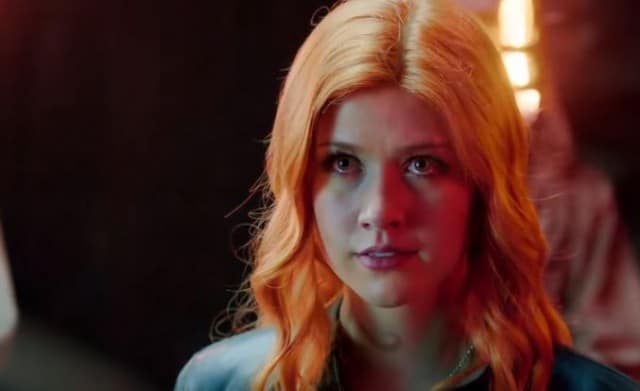 “Not long ago, I discovered the truth about the world,” Clary Fray says in the opening moments of the latest trailer for ABC Family’s upcoming series Shadowhunters. However, for Clary, “the truth” isn’t so much about the harsh realities of growing up and becoming an adult. Instead, it’s more about the existence of demons and angels and the small fact that her ancestors were human-angel hybrid demon hunters called “shadowhunters.”

For those unfamiliar with the source material, Shadowhunters follows 18-year-old Clary Fray (Katherine McNamara), who finds out on her birthday that she is not who she thinks she is. She comes from a long line of Shadowhunters — human-angel hybrids who hunt down demons. When her mother, Jocelyn, is kidnapped, Clary is thrown into the world of demon hunting with mysterious Shadowhunter Jace and her best friend, Simon. Now living among faeries, warlocks, vampires, and werewolves, Clary begins a journey of self-discovery as she learns more about her past and what her future may hold.

ShadowhuntersÂ premieres on ABC Family (soon to be Freeform) on Tuesday, Jan. 12, at 9 p.m. Check out the new trailer below:

Mortal InstrumentsÂ fans, what was your favorite moment from the trailer, and are you excited for the premiere ofÂ Shadowhunters? Does it look like the TV show will live up to the quality of the books more so than the film did? Comment below and let us know if you’ll be tuning in when the series premieres in January. Â