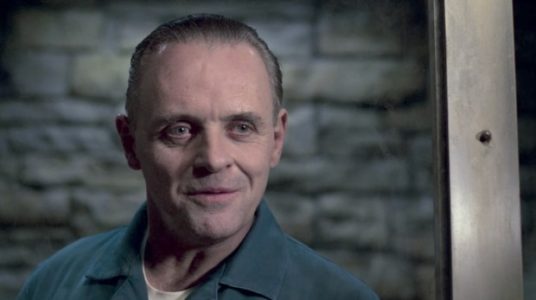 Thinking that here and now is the best time for a Silence of the Lambs TV show is kind of amusing really since the first attempt at showing a series based on special agent Clarice Starling. As Kevin Burwick of MovieWeb points out that show didn’t even get off the ground, which is disconcerting enough to think that this one might not either. Of course if the storytelling is better and the ability to really dig into her life is made in a much different way it could pan out. The one thing that many people might be wondering is if we’ll see a poor man’s Hannibal Lecter, but thankfully the answer is no since no one can accomplish this nearly as well as Anthony Hopkins, who made the villainous Lecter a true icon. Instead we will be seeing Clarice tackling other high-profile cases and taking on other bad guys apparently as her own story unfolds and the idea of watching her act like a hero is going to be one of the main tenets of the show. That’s kind of interesting since Clarice, in the movies, has gone from being uncertain and less than sure of herself to being kind of jaded and even a bit rebellious when played first by Jodie Foster and then by Julianne Moore.

At this point it does sound as though the pilot will need to be shot and approved of before the series order can be carried out, so for the sake of the show it’s a big hope that the network likes what they see since otherwise it’s going to be DOA yet again for Clarice Starling’s attempt to captain her own show. There might be a lot of people that think that this can happen and that it could be a big hit, and they could be right. Clarice Starling is an interesting character since her vulnerability has shone through since the first movie, but at the same time putting a new woman in the part each time has kind of degraded the character just a bit since from Foster to Moore it was kind of hard to equate the same woman with both actresses given their vast differences in acting ability. Both brought their own unique vision to the part, but for one reason or another it feels as though toying around with Clarice’s entire attitude and outlook is kind of problematic since the fact that the character doesn’t change in theory still doesn’t hold up with the fact that each new actress will put their own spin on the character and make it even harder for the fans to relate to just who Clarice Starling is. In a sense it’s like ripping up one canon after another and replacing it with a new face before telling people to get used to it. Jack Wilhelmi of ScreenRant has something to say about the whole thing.

Another issue comes from the absence of Dr. Lecter since let’s be fair here and say that Lecter helped to make the entire thing run as well. There’s no way to think that Hopkins would be coming back for this show since he’s getting too old at this point and there’s really no way to replace him without upsetting a lot of fans and watering the show down in a big way. But apart from that, Clarice Starling being the focus isn’t horrible, but it has a lot to prove even with Starling being one of the main characters in two of the movies involving her nemesis Dr. Lecter. Without him, she tends to fade just a bit as she becomes yet another badge that is sworn to uphold a set of laws that she tends to very easily flout given the way she acted in Hannibal. There’s nothing to say that the show won’t work, or that people won’t flock around Clarice Starling, but there’s also a long road to acceptance that one can only hope will be taken in long strides as the network strives to approve the pilot and get the show on the road. Molli Mitchell of the Express has more to offer on this subject.

In a way I’m hopeful that this could work and apprehensive about it actually taking off since it could be an entirely new show that could break free of the Silence of the Lambs idea. New ideas and shows are always interesting to see on the horizon and if they work out it’s even better since the fans get something new to watch and a new interest to pursue. But given the history of the first time this was attempted, Clarice has a struggle that’s not going to be easy but could be worth it if things turn out the way that some folks are wanting. If the show does work it could open up a popular character in a very big way and give her life a new level of exploration that many are hoping for.