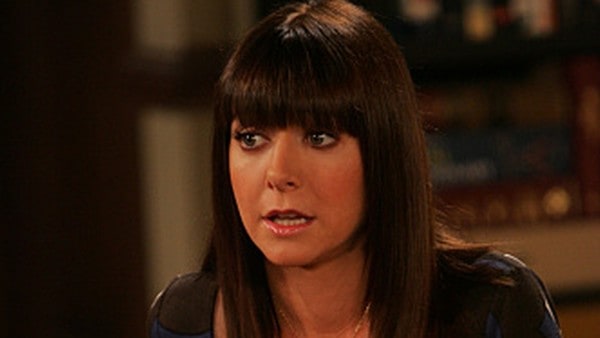 After reading what Kara Hedash of Screenrant had to say about the theory that Lily from How I Met Your Mother is related to famed astronaut Buzz Aldrin it’s easy to see how it would make sense and how a person could connect the dots in a very simple way. But it also feels like a giant tease that doesn’t really pay off as much as a person might expect since it’s holding back just enough, that one final reveal, that might really make it all come together. Of course that’s kind of the point really since otherwise it would be more of a fact than a theory given that if the connection to Aldrin had been made we likely wouldn’t be talking about it in this light. With that being said there are plenty of facts about the show and Lily’s life that would support the theory, but it would likely start to crumble just a bit upon further scrutiny since there are bound to be a few inconsistencies. It does have the benefit of being a tighter theory than many others however, such as the one that’s emerged about Hopper from Stranger Things becoming the Red Guardian. Of course a lot of these theories that pop up from time to time are just for fun and to get a rise out of the fans, much as the Stranger Things mention was, so thinking that it was going to be grounded in some sense of reality was always bound to be unlikely.

For nine seasons HIMYM was one of the favorite shows on TV and as one of the funniest sitcoms it managed to snag a great deal of attention from viewers for a variety of reasons. Like other shows that have come and gone though it would appear that people aren’t quite willing to let it go since new theories and ideas tend to come along from time to time these days, trying to explain one facet of the show or another. Sometimes it does appear that the showrunners were masterminds that were attempting to trip people up by throwing in tidbits of information here and there that wasn’t caught by anyone when the episodes first aired. Only now, when people are able to slow down, watch the episodes from front to back and take careful note of anything they might have missed, are they finding that there might be more to the script than was originally imagined. It’s kind of funny to think that anyone is taking the shows this seriously, but then I can’t talk since I’ve watched old episodes of Married With Children throughout the years. For one reason or another watching the old shows is a comfort that reminds us of a moment in time that we might have felt differently, behaved differently, or even thought differently about the world than we do now. It could even be why some people feel the absolute need to analyze their favorite shows at this point, to see whether what they were seeing was all there was, or if there was something hidden that the directors and showrunners were attempting to get by their notice. Nathan Sharp of Screenrant has more to offer on the subject.

That’s an interesting thought really, and it could lead down a number of different paths that might prompt people to come up with even more theories that might spark a large number of theories that would stem from the simple and silly to the most outlandish and clandestine that could be imagined. Devoted fans of the show have been bringing up ideas and thoughts on the sitcom for a while now but overall many of the theories, no matter how interesting, are usually seen to be just that, theories. It doesn’t stop people from bringing them up again and again, and even listing off the facts and evidence that exists to prove said theories, which is kind of interesting to be fair since it shows a dedication to the show that is nothing short of impressive and in some ways unnerving since it means that people are sitting around thinking about how a fictional show was trying to pull the wool over our eyes by not adding in another bit of fiction disguised as reality represented by fiction. Get all that?

All in all this theory is pretty well-rounded unlike a lot of others that have been brought to the attention of the people. But when you think about it the showrunners might have been plotting this for a while and could have been wondering just when someone would catch it. That would explain why they were bit cagey when asked about the matter, though it could have been that they’d been caught using something they’d given little thought to before putting it in the show. Unless they’re willing to tell though it’s still a lot of conjecture. CE Hudspeth of Ranker has more theories to look at it if you’re interested.