Home
TV News
New Theory Says That SpongeBob is a God: Do We Buy This? 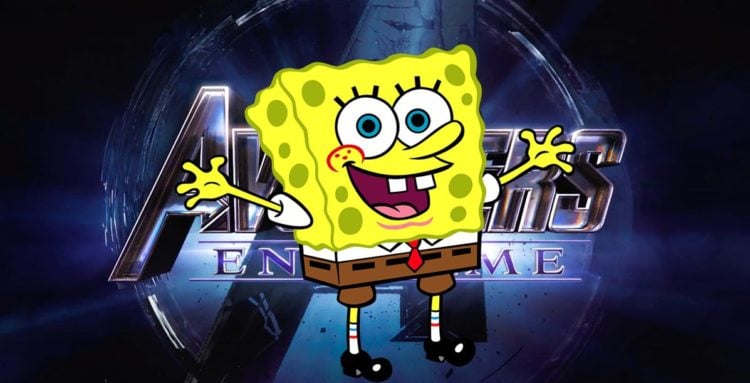 It’s hard to buy anything that is associated with SpongeBob largely because it’s one of the most brainless cartoons ever made, which of course is why people love it since it doesn’t make them think but somehow still inspires ideas such as the plucky yellow sponge being a god. While Adrienne Tyler of ScreenRant goes into a theory of how the insipid hero of Bikini Bottom is in fact a deity in regular form thanks to his time with King Neptune and the godhood he never really relinquished, many eyes are rolling over and over to think of how such a thing could possibly happen. The obvious answer is that the creator and the writers wanted to have a bit of fun and inspire people to come up with theories left and right since it’s a natural side effect of presenting anything that people will love and want to own and know all about. How SpongeBob caught on to a mass amount of fans is still hard to accept and believe, but the reality can’t be denied. For one reason or another he’s been popular for quite some time, regardless of the idea that Looney Tunes on their worst day are still far more amusing.

There are those that just don’t like this cartoon and there’s no set reason why other than because it’s one of the most annoying cartoons on the air, and yet none of us can deny that it’s caught on and, much like South Park, has become a huge sensation that millions of people, kids and adults, absolutely love. From the TV show to the movies to the merchandise there is an insane amount of revenue that has been generated by SpongeBob, and if there’s any chance at divinity it’s been given more or less by the fans since their absolute need to have the yellow-colored character in their lives in every way possible has guaranteed him some measure of authority over their lives. But on screen his so-called divinity is more or less a product of the writers giving him a hint of authority that he might not otherwise have if they decided to surround him with free-thinking and well-balanced individuals. The idea of SpongeBob being a god is actually kind of disturbing largely because he is the kind of character that would be too likely to do something incredibly foolish while thinking that he was helping someone.

I get it, the fan theories are cute and meant to be innovative and allow people to see things from a different perspective, but sometimes they seem to fly wide of the mark and attempt to recreate a story in a way that isn’t really what the creator intended. If not for copyright laws it might be great to see fan fiction go a little further and really dig into a show or movie and see what can become of it. But SpongeBob is just one show I can’t get behind among others since the voice, the act, and just everything tends to annoy in such a way that even trying to enjoy it for more than ten seconds is a serious challenge. But godhood for SpongeBob almost feels akin to the same thing as giving control of a nuclear arsenal to Stimpy from Ren and Stimpy, it’s only bound to end bad and there’s no telling if they’re going to know what they’ve really got in the first place. The theory is one of many that tend to abound concerning the yellow sponge character, but it’s also one of those that’s often best left to the fans and their wild imaginings of how a cartoon sponge could be one of the most popular characters in the world. Godhood for the character is in other words kind of pointless even if he knew what he had since throughout much of his run SpongeBob has proven that he’s kind of a brainless and witless character that gets by on the good graces of the writers, much as any animated character will. Gavin Reilly of Business Insider has his own take on the character and what he means to people.

Occasionally one has to wonder what prompts these ideas and flights of fancy that the fans enjoy coming up with, but this one is pretty easy since the whole thing with King Neptune became such a big moment in the life of SpongeBob. Still, thinking about the sponge doing anything other than what he’s been doing, and thinking about what divinity might do to him, or what he might do with it, is a little unnerving since it’s the kind of power that no writer in their right mind would think of giving over to a character that has really no other gimmick other than the fact that he’s a living sea sponge that people, for some reason, have grown attached to and want to see more of.