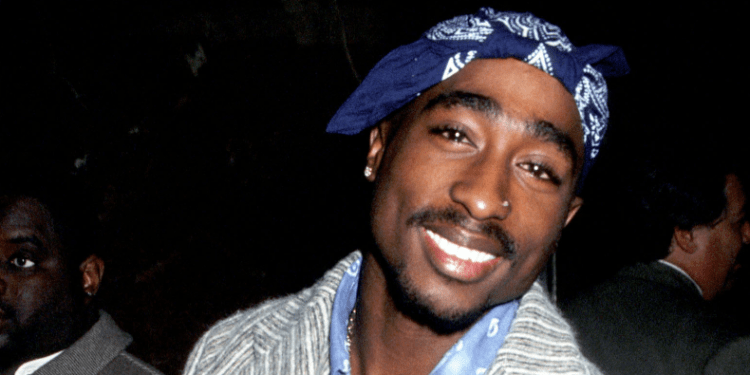 Elvis is hiding out in some podunk town in America too, did you know that? If the sarcasm is coming through loud and clear that’s a plus since the idea that Tupac Shakur is still alive and hiding out in New Mexico, no wait in Cuba, no wait in South Africa, are the kind of rumors that people have been coming up with for years now to explain away the unfortunate fact that he is in fact gone. A new movie coming out however gives rise to those that still want to believe that he’s alive and well and being protected by a Navajo tribe in New Mexico could be a possibility. In his time Tupac Shakur was one of the greatest rappers and personalities to ever set foot on a stage or in front of a camera. He was lauded so much and so often that a person couldn’t go without hearing his name at least a few times a week and more than that depending on what part of the world you lived in. The night he was murdered lives in infamy and at this time it’s still talked about since a great number of people want to believe that, like Elvis, his death was a cover-up so that he could escape the spotlight and lay low for, you know, the rest of his natural life. Maybe some folks think he’s bound to come back someday and let us all know that he’s alright, but the general populace tends to think that he’s dead and gone and that the idea of trying to find him or believe that he’s still around needs to be left alone so that his legend can be enjoyed without the added controversy. Rick Boss, the director the upcoming movie, had this to say per Kevin Burwick of MovieWeb:

“This movie is about Tupac actually escaping from University Medical Center here in Vegas and relocating to New Mexico [and] getting protection from the Navajo tribe. When certain FBI agencies are looking for you, they are going to block the airport. So you can’t travel out so the best way to escape is through helicopter, private helicopter to another state.”

What’s confusing about this is that Boss states that he believes Tupac is alive and ‘escaped’ University Medical Center, but then goes on to say that Tupac was tipped off about the attack that was reported to take his life and hired a body double to ride around with Suge Knight on the fateful night that the murder was to go down. So who tipped him off? Why hasn’t that name come out? And why didn’t he come back after the shooting to say he was okay? Boss’s idea, that he claims is verified by his sources or ‘certain people he knows’ unfortunately has more holes than a beer can on a shooting range, especially when it comes to the ‘escape’ from UMC. Does Boss know that aircraft, including helicopters, have to file a flight plan that would be easy enough to access for those that knew how to look for it and seek permission during an investigation? This does tend to be needed when an aircraft is headed from one state to another and last time anyone checked Las Vegas, where the shooting took place, is still in Nevada, an entirely different state than New Mexico, where it’s stated that he was taken. A lot of his theories are based on cover-ups and controversial data that somehow has gone missing or wasn’t ever there to begin with. One thing he’s said thus far makes sense though, and that’s this:

“You can write a fiction story, but this is not fiction.”

That might not be the whole quote, but the small part is accurate at least since writing the fiction of what people want to be real is in fact still fiction, no matter how badly one wants to believe that it’s real. Another thing to think about is this, if Tupac was still alive one can easily imagine that he wouldn’t be able to stay quiet this long, or at the very least someone that’s seen him would be saying something and would be making it public in some case. There’s only so much that can be covered up once a story such as this gets underway and at this point all that exists is conjecture and blind belief, not hard facts. Much like those that believe Elvis Presley is still alive it would appear that Rick Boss needs to own up to the fact that he’s writing a movie based on his own opinion with very few hard facts and is doing so to amuse and entertain the crowds that are willing to go along with his narrative. In other words, enjoy the movie but take it with a big grain of salt. Lee Brown of Page Six would likely agree with this sentiment.