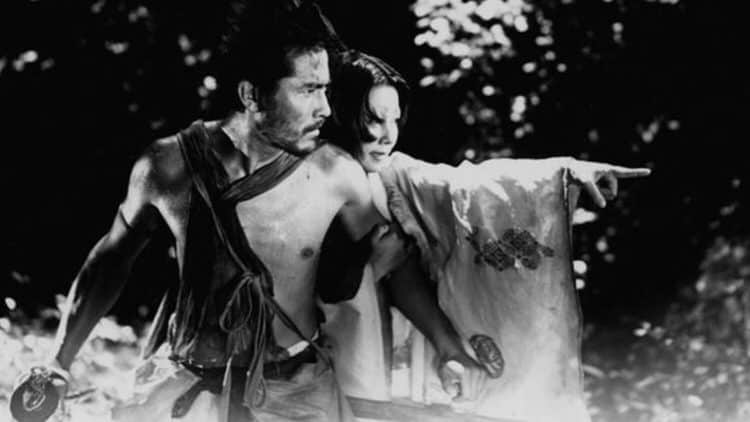 If you’ve ever watched or even heard of the theme of Roshomon then you’ll know that it’s a rather troubling story that tends to push the idea of ‘say it and it will be true’ narrative that a lot of people would no doubt state is in effect today since it’s run rampant through society for the last several years. But it would appear that Amblin Television will be developing a series based on Roshomon for HBO Max. The story series will likely be an updated version that’s loosely based on the actual tale, but it does sound as though it will be taking a great deal of inspiration from the original movie and will focus on a few pertinent themes that will make it more enticing for the audience. How well the story will make the transition from the 1950s to now is up to the writers, who will have the responsibility of bringing the story back to life and making certain that it’s worth the time of the viewers, and that it’s culturally acceptable. The story is essentially a tale of who did what and whose account of events is the most accurate, so making a series out of it sounds difficult only because of the lack of material and direction that the show might take. But obviously, someone has an idea of how this can go, so perhaps it will be a pleasant surprise when it does finally come out.

It would be nice to say that it’s refreshing to see that old ideas are starting to be seen as valuable and are being used to entertain a new generation, but this has been done many times before and this isn’t the first time that writers, producers, and directors have gone back to the well so to speak. Many upon many people have taken from older movies and TV shows in an attempt to bring the old ideas back into focus, and have stated that it’s great, that it’s new and improved, updated, and will be a great story to tell is all well and good. In fact, it’s been successful often enough to be deemed a worthwhile pursuit as several fans of pop culture have gone as far as to praise those that make such attempts. But the truth of it is that it does feel that those in show business are running out of ideas, and there are simply too many out there for this type of thing to be happening. While it’s one thing to bring back a classic story and retell it now and again, there are moments when it genuinely feels as though Hollywood has lost touch with the creative and innovative nature that has sustained it for so long. This isn’t entirely true of course, but the idea that does happen from time to time is hard to deny since the continual remakes, reboots, sequels, and continuation of an old idea in a new wrapper don’t exactly give a lot of people a sense that people in show business are trying that hard any longer.

Perhaps that’s a bit unfair, but it does make a lot of sense sometimes, especially since the current era is all about bringing the old ideas to the fore, sometimes to great success and sometimes to epic failure. The upside is that those stories being brought back in one way or another do have a chance to be updated and perhaps delivered to a generation that will pay attention and even seek out the original version of the story later on. In a way, bringing back the old ideas is a manner of preserving them and making certain that they’re passed on as writers do their best to ensure that the old stories that many of us either grew up watching or discovered when we were a bit older will stick around. Hollywood has done a great deal to make certain that as many stories endure as possible since some of the oldest and earliest films ever created have either been lost to time or adapted in so many ways that people might actually have a hard time finding the original idea. The point however is that the stories do get passed on and are taken up by up and coming filmmakers and writers that will find other ways to present the material to the people in ways that they can understand and possibly relate to. In this manner, such movies as Roshomon won’t be forgotten, and while they might change in the retelling it’s still possible for people to find the original and compare it to what will eventually be yet another attempt to bring the past into the present in order to show the people of today a story that likely entertained their parents and grandparents.