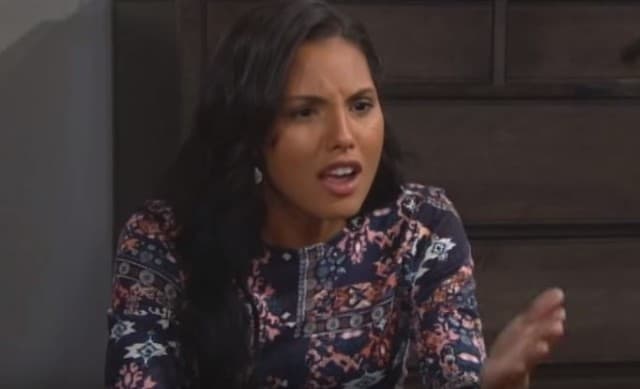 Monday’s episode of The Bold and the Beautiful proves that no one can do anything right when they are doing everything wrong. It proved to the world that secret conversations should be kept secret and not held in the middle of the work day in the middle of a public building in an office with a wide open door. It proves that some people spend far too much time worrying about other people than they do themselves, and it proves that sometimes blood is not thicker than water and that family does not always come first for people. For Sasha, the bad news is that her real father, Julius, simply doesn’t care about her. We all know he’s not that into having her around in the first place, but he continues to go out of his way to make sure she feels unwelcome and unloved.

That’s a bit of a big decision as well as a big move for the elder Avant, considering the fact that one word from this young woman has the potential to bring down his entire life, his entire empire, right around him. However, his daughter Nicole is far more important to him, and that means Sasha is nothing.

Monday brought with it more bad news for Sasha. She thought it was bad enough losing her brand new modeling job because the boss changed his mind, but to learn the real reason why he decided not to go with her in the first place infuriates the already very secretive, untrustworthy and manipulative Sasha. In one scene, she overhears Rick and Nicole discussing Sasha, so she listens. It’s during this moment she realizes that her friend had her fired, and that’s when she begins to decide that she will get Nicole back. Nicole, jealous that Sasha and Zende were spending so much time together, wanted her done with the company and she got what she wanted. After all, she is the surrogate mother of the boss’ baby.

Sasha is not about to take this lying down, either. She heads straight for Julius, the man she learned is her real father, and she demands he control his other daughter so that Sasha can have her job back. Julius is, once again, unimpressed with Sasha and demands that she go back to where she comes from so that she will leave him and his family alone. Julius might want to consider that he does not have the upper hand here. The look in Sasha’s eyes when he tells her to go back to where she came from shows the world that she is only just beginning to rock his world, and she will stop at nothing to ruin everything he has worked so hard to build. 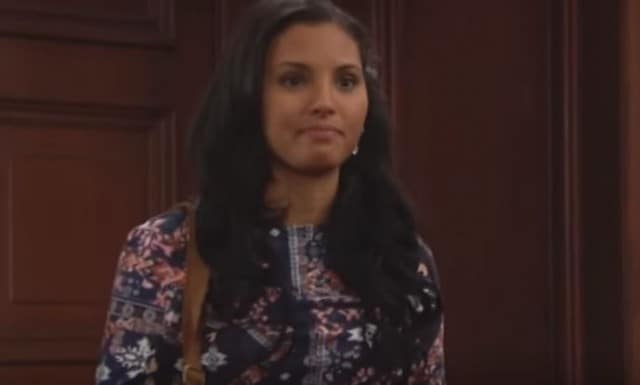 Zende is confused. He doesn’t know what is happening is his life or where it is going. That’s when Carter decides he is the right man to provide Zende with a little bit of expertise, and we see that Carter has some very definite opinions about how Zende should spend his time and his life. One of those opinions, as we saw today, is that Zende is seriously wasting his time with Nicole. Her own personal drama is a bit too much for any normal man to handle, and it seems that Zende has to agree with Carter on that aspect.

Wyatt continued on Monday to prove to Steffy that he is the man she wants. Of course, he’s not telling her this information, but he’s hoping that by being here for her when she needs it most, she will begin to see him in a different light, and perhaps she will begin to fall in love with him the way that he has fallen for her. She remains in the dark about the reason behind Liam calling off their engagement, but Quinn is well aware of what is happening and not in the mood to interfere in any way that might derail her son’s personal pleasures.

Quinn spent Monday’s episode plotting ways to prevent Steffy and Liam from working it out, and that includes a few shocking revelations as the week goes on. We learned today that Wyatt has no problem with his mother’s meddling when it comes to Steffy, but will something happen that will cause him to change his mind about the way that things are with his mother?