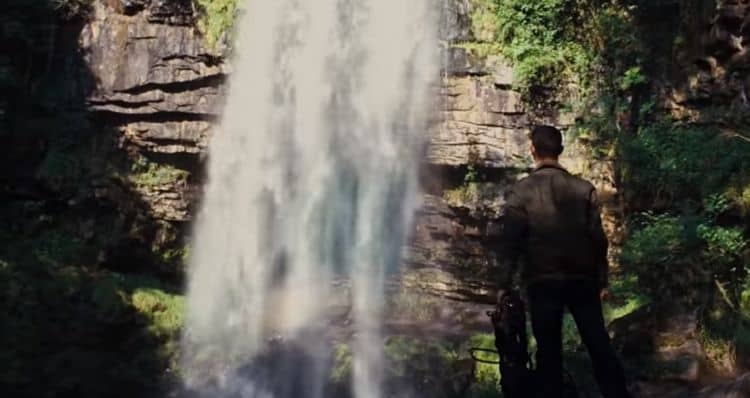 It definitely feels that if we’re waiting on a Nightwing movie that it could be a long, long time before it actually happens since things like this tend to take a seriously long time to even decide upon let alone work on. But if Christopher Nolan could be enticed to come back, or quite possibly if someone was given the permission to continue the universe he created with his trilogy, it could possibly be something great since the establishing shots have already been created and there’s a good chance that Joseph Gordon-Levitt could still make his way to the set. It’s a pipe dream really at this point but it’s still something that one can’t help wishing were true since the movie would be something that might keep the Bat family moving forward and possibly on track to introduce even more characters as it continued. One never knows, maybe expanding the Bat family would even be favorable for the legend since it could bring in new enemies, create new story lines, and likely breathe new life into the franchise. It might sound less than reasonable to say that Batman has become his own worst enemy since his fame has become so great that those that idolize him are almost a cult following, but they refuse to see beyond the cape and cowl to the other people that have followed along behind him.

Nightwing has a lot more to his back story as far as who he was and why he became who he was, but unless a movie does come out that’s not based around Nolan’s universe there would need to be a lot of back story to cover his origin so that those that know next to nothing about him would be caught up and ready to watch the movie. In other words, if this character wasn’t set to follow in the story that’s already been developed, it might be a much longer road to see him take his place on the big screen. Nightwing’s origins, stemming from his time as Batman’s sidekick to his final turn as Nightwing, are actually quite involved and require more than just one movie to make sure that everything that needs to be covered will be taken into account. Apart from that, this character could go a long way to helping DC break whatever code that Wonder Woman and Aquaman, and yes, even Shazam!, have managed to figure out. If nothing else, he’d be an interesting and very welcome figure that a lot of fans would be able to get excited about.

Much like his mentor, Batman, Nightwing is not a meta-human but he is an individual that’s in peak condition and is much stronger, faster, and more intelligent than many other human beings. Like Batman he also has a lot of psychological issues that stem from having watched his parents killed when he was young, and yet somehow his brooding, justice-seeking ways have made him one of the most successful vigilantes in the comics. Bringing him to the big screen could be what’s needed to kick the whole DC image into gear, or it could be a misfire waiting to happen. Ben Pearson of SlashFilm has more to say on this matter. Thus far he’s only been able to be seen on animated shows and in internet videos, one of which pitted him against Marvel’s Daredevil. But to see him make his way to the big screen might be something kind of interesting if only because it would kind of validate his existence finally and his inclusion into the Bat family. But as I’ve already said, doing this without using Nolan’s already established trilogy would be more than a little difficult since it would require a lot more work. Nolan at least did a good amount of the legwork bringing in the man that would eventually take over for the Batman while not being too obvious about it. Like many instances however this was done by taking the source material and kind of working it around until it fit the narrative that the filmmaker wanted, which is pretty common when it comes to the movies. One has to wonder just how many other things would be changed if this movie did come to pass.

It would be a shame if the ending of The Dark Knight Rises were to be all that we get, a poorly fitting ending to a story that might not have continuation in terms of the Batman but could still create another legacy that would build off of it. The interest of the fans is something that can’t exactly be counted on though since the fickle nature of the audience is to say they want something one moment and then destroy the idea once they get a look at it. If a movie like this ever does come around it needs to be handled in a manner where errors can be forgiven or forgotten entirely.