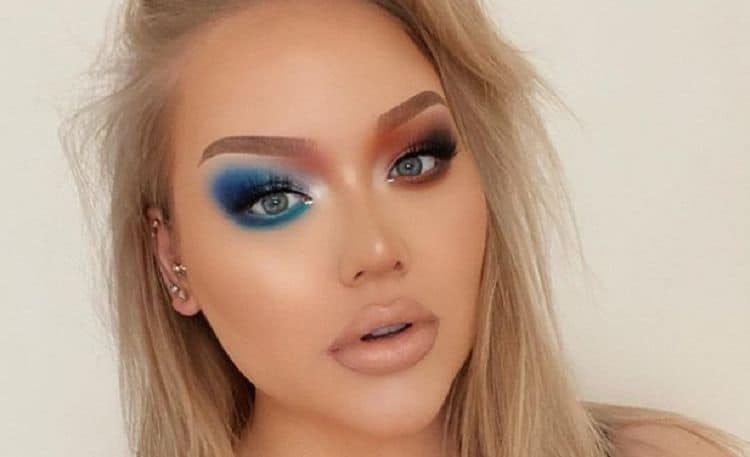 Do you remember when growing up, you didn’t have a cell phone (or at least not one that had access to everything in the world via the internet) and the internet was a dial-up situation that came around in the midst of your high school days that took forever and didn’t work when your mom needed to use the phone? Remember when you had to talk to people to find out what they did in life rather than seeing every single photo someone ever took on the internet every single day? Remember when YouTube didn’t exist and you didn’t get to see homemade videos of people putting on their makeup? Well, times have changed and now people like Nikkie de Jager are making millions of dollars every single year doing just that. It is simply amazing to think about what has happened in the last 15 or so years, but she’s living her best life, and she’s just come out as a transgender person. Do you subscribe?

She was born in 1994, which means she’s only 26. She’s got a lot of life behind her, and even more in front of her. What’s even more amazing, though, is that she began this time in her life when she was just a kid who was only 14. She was excited about makeup and wanted to do it herself, and she did. She was a young child who decided to go for it at a young age, and it worked for her way back in 2008.

It wasn’t until she was in the game for about 7 years on the internet that she finally gained her popularity. She was making makeup tutorials when she was 14, but it took her until she was 21 to really make a difference. She uploaded a video that went viral in 2015 and took her through the roof in terms of her own popularity. Things were good for her after that.

3. Lauren Conrad is Her Inspiration

It was when she was a young teen at home watching “The Hills” on a sick day that she decided makeup might just be her thing. She was very much inspired by the makeup that Lauren Conrad was wearing that she decided to try and recreate the look on herself. That took her to a point in her life where she was able to then make a video about it. It all went from there, so she does have the reality star and California native to thank for her very successful career.

4. She Took a Course

She wasn’t naÃ¯ve enough to think that she could go through her life just winging it when there was so much to learn, so she began enrolling in courses when she was 16. These courses taught her all about makeup and looks and things that worked for her, and she was able to learn more than she ever thought possible. These things helped her land jobs and eventually take off.

5. She Was Head of Makeup for A Show

It was back in 2013, and it was RTL5’s show “Can I Make You A Supermodel,” that she landed the role of head makeup artist. This was a big deal for someone so young and new to the game, but she loved it and she used it to help her get herself on the map.

6. She’s Been Recognized by Forbes

It wasn’t until 2017, but she’s been given the honor of being named one of the top 10 beauty influencers in the world. She’s been given a Teen Choice Award, and so much more. She’s really, really good at what she does, if that doesn’t give you a bit of an insight into what she’s accomplishing in her life. She’s living the dream and making things happen for herself, and we are here for it.

7. She’s Been Through A Lot

One thing that she’s not big on sharing is a lot of her personal life, but she did have a moment in 2018 when she did share. Her younger brother died of cancer on May 25 that year, and it was a crushing moment for her and for her family. She was not expecting this to be the role her life took, and no one would have ever guessed that this is what they would live through.

NIkkie is a very happy woman with a man who loves her very much. So much that he asked her to marry him in late 2019, and they are currently planning their wedding. He asked her when they were together almost a year, and they were in the middle of an Italian vacation. We might say that’s a bit on the romantic side, don’t you think?

She didn’t come out in terms of being gay, and many people do believe that this phrase means only that. She came out in January 2020 as a transgender person. She revealed to her fans and her friends and to anyone who did not already know that she was born a boy, and that she went through the surgery in her late teens to become a girl. She was born that way, and she is not ashamed of that. She can’t be, because it is who she is.

10. She Came Out to Prevent Blackmail

The one thing that does make us really feel sad for her is her reason for coming out. She didn’t have to, and it was no one else’s business, but someone found out about it and decided to blackmail her. She had to put on a brave face and make a decision. Allow someone to extort her for money or out her, or make the decision to do it herself. She decided to let everyone know herself, and we think that it was the very right choice. It’s awful she had to make this choice, but we respect her for it.