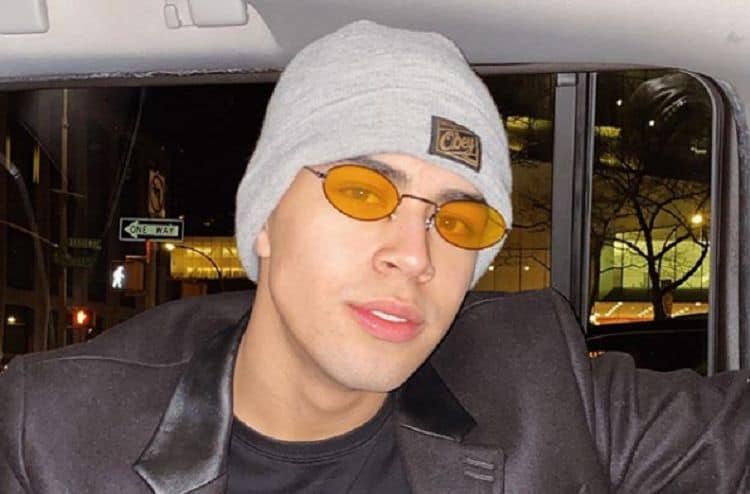 The remake of Freeform’s show “Party of Five” has caught the attention of many people as it highlights the social, political debate surrounding immigration. The television series draws inspiration from the 1994 original drama with a similar title but adds a new twist through the Acosta family that gets separated at the border. Niko Guardado is among the casts; he takes on the role of Beto, a teenager trying to improve on his grades at school and lead a normal teen life. Besides being in “Party of Five,” Niko is also famous for his role in “The Goldbergs” as Rebeun Amaro jr. You may know Niko Guardado from his career in acting, but there is more to his life as you shall find out from these few facts.

1. His attraction to “Party of Five” character, Beto

Niko Guardado got his interest in the show’s storyline because of its relevance to the current immigration debate in the US. The “Almost Home” star revealed his concerns regarding the disruptions caused by the separation of kids and parents at the border. He is worried about the plight of children before and after they separate from their parents and is appreciative of his involvement with the team in bringing to perspective the polarizing debate on immigration.

2. The only cast member who can’t speak Spanish

The series “Party of Five” involves multicultural setups where in some scenes, the casts engage in Spanish conversations. Niko is the only non-Spanish speaking cast in the set. According to Reality Television World, he seeks the support of native-speaking staff to make his Spanish conversations appear real. He admits that he depends on the team for his English to Spanish translations.

Niko Guardado’s father is a celebrated former Major League Baseball pitcher, Eddie Guardado. He is a two time All-Star in the American Major League Baseball besides being a Minnesota Twins member of the prestigious Hall of Fame. He, among other famous players such as Tori Hunter, takes credit for keeping the Minnesota Twins team from losing their prestigious status. According to Twins Daily , he was in the late ’90s team nicknamed “The Team That Saved Baseball,” which thrilled the fans of Minnesota Twins by reviving it from a string of loses. Eddie also played for other teams, namely Cincinnati Reds and the Seattle Mariners.

4. He looks up to Oscar Isaac

Niko looks up to Guatemalan-American actor Oscar Isaac Estrada and compares his predicament as an actor to the Golden Globe Awards nominee. Isaac rose to become a television sensation in the American entertainment industry by playing Latino characters despite his inability to speak Spanish fluently. Niko looks at Isaac as the only actor who embodies what he intends to be; thus he is keen on learning Spanish. He admits that his fellow cast members, Emily and Brandon, have been teaching him.

5. He has a supportive family

Niko owes a significant part of his success in the acting industry to the support he gets from the family members. His father was inclined towards Niko, taking up a sports career; therefore, Niko did not expect him to support his passion for acting. Still, every parent wants the best for their children; thus, Niko recalls walking to his dad and sharing his passion, who encouraged him to pursue whatever he wanted.

6. He is nostalgic about the Metrodome

While growing up, Niko and his siblings enjoyed the company of their dad to the ballpark. The family is an ardent Twins fan, and Niko remembers his trips to the sports and leisure facility where he played with his siblings. The actor also nostalgically remembers all they had to go through before their father could let them visit the place. Despite the Twins’ new home at Target field, he still holds Metrodome in high regard.

7. Challenges he faced as Beto

Niko Guardado said he endured a lot of pressure from the “Party of Five” fans who have higher expectations from his role. Since the film is a remake of a ’90s original series, he admits that the fans from the original series expect Niko to bring to life his character as Beto and outperform the previous play. Despite the series featuring new characters and different scenarios, Niko must maintain the relevance of the role as depicted in both the original and new series. So far, we can say he has lived to the expectation of the majority of the shows’ fans since he is a household name.

8. How he prepared for his role as Beto

Preparing for any role takes a lot of time and dedication to ensure you bring out the character that the writer had in mind. For Niko, he took his time to read the series’ theme, immigration. Through his reading, he gained insight into the real-life experience of family separation, which enabled him to put into perspective what he had learned from his reading.

Niko grew up interested in acting at a very young age; he would rewind the videocassette recorder and study about actors. By the age of two, he already had an agent and doing television commercials. He has appeared in several television shows and films such as “Schooled,” ” Lot in The West,” and “Almost Home.”