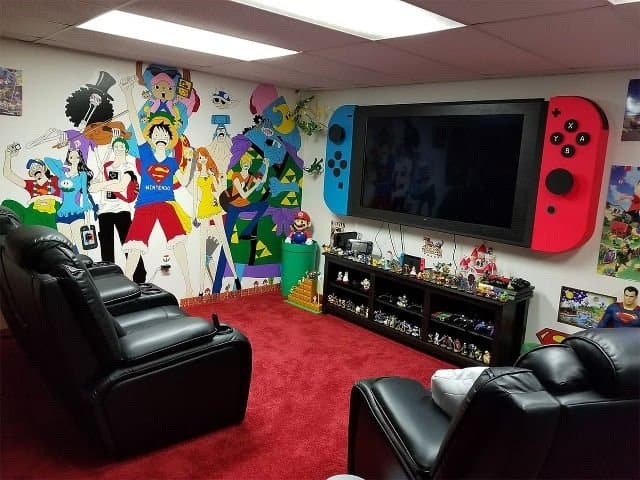 Nintendo has been around for decades. This means that we now have multiple generations of Nintendo lovers out there and for a good reason. This is a game maker that has been with families through thick and thin, providing wholesome entertainment that everyone can identify with. Nintendo is also one of the few video game developers that have been able to adapt to changing technology through the years. That has resulted in more than a few creative fans furthering the cause and making the gaming console even more intuitive and adaptive to their own playing environment. That can certainly be seen in the following story of how one Nintendo fan recently turned his huge flatscreen television into one giant Nintendo.

Most people already know that gamers are quite creative in their own right. They have to be if they are going to navigate their way through the various games that they play and still come out ahead. One fan of Nintendo recently though that he would show his love and appreciation for the company by taking his perfectly good 64-inch flat screen television and turn it into an actual platform for a Nintendo Switch. That is dedication for you, and it actually worked in the end.

This guy is referred to as Suprman9. He claims that he knew from the outset that the switch itself would need to be freestanding. At one point, he wanted to have the switch come in on a shelf at the bottom of the screen, but he quickly realized that this would not work because the shape of the screen just wasn’t right. He was going to be using a Game Boy Color console to make this happen. That particular screen is square, but the television he has contained a very narrow rectangle. As such, he realized that this would not look very good to have a black area from the gaming console trying to fit within the square screen that was on the television. Back to the drawing board, he went. 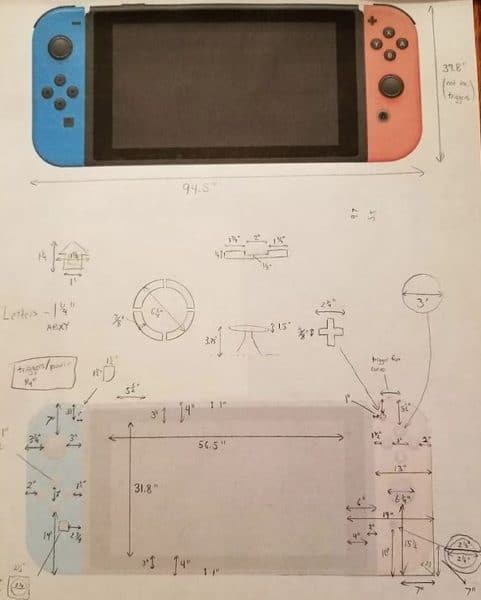 This fan was not willing to give up so easily. He tried a 3DS design, but that did not work either. It would not allow the screen to be free standing as he desired. He even toyed with the concept of putting in an additional screen in order to make the design come to fruition, but the mix just wasn’t right. Then, he had a thought about using the Nintendo Switch. He quickly discovered that this was the ideal design due to the fact that its center console would look similar to a miniature television, which was just the look that he was hoping to accomplish.

The switch was the innovation that would carry this project though. It also has many of his favorite games already on it, including Super Mario Odyssey and Breath fo the Wild. The project was not as easy as it sounds, as it would take some work. He notes that the Joy-Cons ended up being the most difficult part. This was due to the fact the joy cons was curved, which meant that he had to shape the wood on the cabinet accordingly. Because of this, he opted to go a different approach. He ended up making some curved pieces for the project by putting pieces of wood in a line on top of one another.

He would start with just one piece. This looked like a large U-shape. He would then trace that ten times of the name number of pieces of wood. Each piece of wood was then cut. After that, he would stack them, and then glue and nail them together. To get the finish that he wanted, he would use a belt sander to smooth out the sides of the pieces until they were perfectly even. Once this was done, everything ended up looking like one solid piece of wood. This was exactly the look that he was looking for.

If you want to see the finished project, you can look online. Pictures are posted there by this Nintendo Super Fan, and they are quite spectacular. There is nothing wrong with taking your love of gaming to the extreme. You just never how much it will inspire others to take the creativity and ingenuity to do something spectacular.