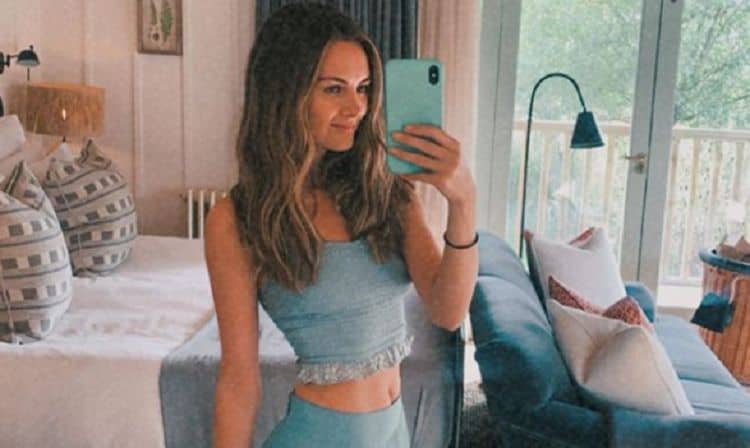 It’s really okay if you don’t know who she is. Niomi Smart is an internet sensation with YouTube channels and a website, and so many other things that she’s created to influence the world around her. She may not be a household name for many, but she is someone who is worth getting to know. She’s in the process of building her own empire, and she’s doing it with a vengeance and with more gusto than anyone else we know. She’s got this going on for herself, and we thought we might get to know her more.

She’s a Londoner, and she’s proud of it. She was raised in the UK, and she’s been there her entire life. She basis her business out of her London offices and home, and she’s someone who finds a great deal of happiness and satisfaction living where she does.

It’s accurately named after herself. It’s niomismart.com, and she uses this platform to blog about things like her life, her fashion, recipes, health, and so much more. She’s an all-around lifestyle blogger and businesswoman, and she has such a lovely site. We admit we spent quite a bit of time on her page to see what she is all about and ended up being sucked into the point we forgot why we were there in the first place. Not a bad problem to have, though.

She’s been working hard on finding a way to be more conscious of her life and the way she lives. She’s defined it, personally, as being able to have awareness of yourself and of people in your life and the people around you, the world around you, and so much more. It’s a healthy way to live, and it’s going to teach her more about herself than anything else.

4. She Loves the Summer Season

Summer is a special season. It’s a time when the world does slow down just a bit. Everyone has more free time. The sun is shining, the colors are so vibrant, and everyone is just happy. It’s a good time of year, and she considers herself a summer person. The end of the season makes her feel a little sad.

5. Fall Does Bring Her Excitement

She might feel a little sad to see summer go, but she’s a woman who loves the holiday season. The anticipation of the cooler nights and the beautiful evenings. Halloween and the holidays, and the prep that it takes to get ready for Christmas. It takes her some time to prep for this season since she has a family who really takes it quite seriously. We love that, and we totally get it. It’s the greatest time of the year.

She spent four years with her ex. His name is Joe Woodward, and they had a great time together. She made a very public announcement on her online platform stating that it was their decision to separate and that things happen for a reason. She also makes it very clear that the time she spent with him was ‘magical’ and that she has ‘no regrets,” and we have to say that we love that. We love that she’s not minimizing the good times in her life because they did not ultimately work out for her.

She was 28 when she got engaged in December 2019, and she’s shown more grace and class and this age than many people who are much older. Following the announcement that she split from her fiancé, she also asked her fans to please ‘give him space’ and be kind to him to allow him the time he needs to heal.

8. She Believes in Confidence

If there is one thing she feels really does make a person beautiful, it’s their level of confidence. She finds this the most attractive and most beautiful thing about all people. we agree. Confidence makes a person shine. It makes their smile brighter, their eyes more lively, and their entire attitude simply vibrant. We love this about her, and we hope that she keeps her own confidence level up.

She is not a woman who sits down and waits for life to happen to her. She sits down and makes it happen for her. She is ambitious enough that she is willing to go for what she wants to go for, and she is always willing to do the things that are good for her future. She’s got goals, and she’s looking to make those her own.

10. Audrey Hepburn is Her Style Idol

We can see it, and we don’t disagree with her choice. She is a classic, feminine, beautiful woman who is natural and gorgeous all the time, and so is her role model. Audrey Hepburn’s name itself is the epitome of class and elegance. Being a style icon is what she was born to do.