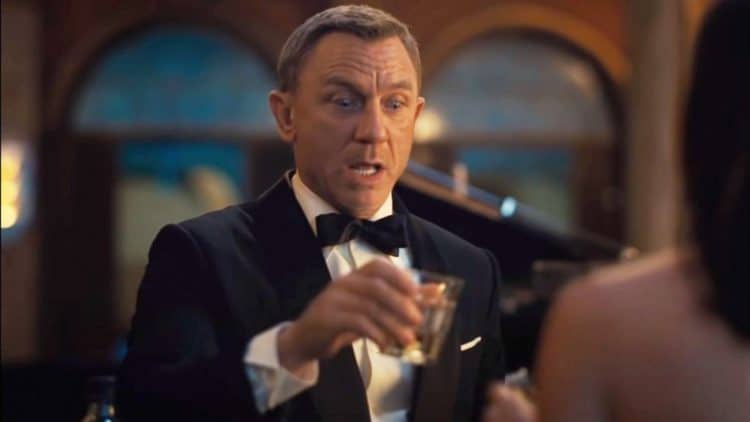 When a person figures out how stunts are made and executed it’s usually a time to say ‘wow’ and be duly impressed. This time is kind of different even though the stunt that was being performed is still impressive. The way it was completed and the method used to make it work was kind of, well, hard to fathom. The stunt in question involved Daniel Craig’s stunt double riding a motorcycle and hitting a ramp that would deposit him onto a cobblestone street, which is something that might appear pretty standard for an MI6 agent, especially James Bond. But in order to avoid completely wrecking the stuntman upon the successful completion of the stunt, it happens that an idea was devised that would allow him to literally ‘stick’ the landing. To ensure the safety of the stuntman and to make sure the stunt went off as it was supposed to, the street was liberally sprayed with around 8,400 gallons of Coca-Cola. You read that right, and the idea behind it was that when jumping onto the road that the stuntman would be able to literally stick to the road just enough that the bike wouldn’t do anything it wasn’t supposed to, thereby saving the stuntman from possible injury. Obviously, the plan worked and things went just fine, but one has to think that the effort to clean up the mess afterward had to be extensive since anyone that’s dealt with a cola spill knows that it can be insanely sticky and when left down for any length of time can be hard to simply mop up.

While the cost of the copious amounts of Coca-Cola is probably a drop in the bucket compared to what their sales are per year, it’s easy to think that the company was pretty happy with this development since tens of thousands of euros were spent on this stunt because of this, and one can only imagine what happened after the sweet concoction was spread all over the road. The idea of insects that would be attracted to the sweet-smelling roadway is hard to get out of your head since just imagining the swarms of little critters that would make their way onto the scene is actually kind of funny until one imagines what was like for those that actually had to deal with it. Just imagine having to be the one cleaning it up and dodging insects at the same time. On the upside, it did apparently leave the street a lot cleaner, but when it’s seen what a couple of bottles of Coke can do to a porcelain toilet, it’s a wonder how anyone can think to put the stuff in their bodies any longer since the acid within a bottle of Coke has been seen to be pretty efficient at dissolving certain materials.

This has to be one of the oddest things that have ever been done for a stunt, but it’s also ingenious in a way since the sticky nature of the cola is something that was obviously effective in helping the stuntman to gain traction at this moment since otherwise, the motorcycle that was being used might have gone out of control. It’s amazing what stunt choreographers can come up with and what methods they’ll use from time to time to do their job, but innovation and creativity are a part of the job and it does help to think outside the box, even if it sounds a bit nutty from time to time. So long as it works though, there’s nothing to say that any idea doesn’t have some merit to it. One has to think that stuntmen are always looking for some way to lessen a blow, to make a stunt work in a different way, and to do something that’s going to be useful and still wow the audience, and in some cases, they’re able to do so. Most of the time stuntmen and women are impressive anyway since they’re putting their lives on the line constantly for their work, and when everything goes right it looks amazing and one can’t help but wonder how some of the stunts were pulled off as they were, especially when it’s discovered that there are actual people doing the work and nothing is CGI or staged.

The best part about stuntwork, from an audience’s perspective, is not being able to figure out how it was done, since it means that everything looks absolutely authentic and so real that a person has to sit in wonder and think just how it was accomplished. That’s one of the most amazing parts of any movie, especially since a stunt that goes just as it should without showing anything to the contrary is bound to keep the audience hooked and amazed at the same time.