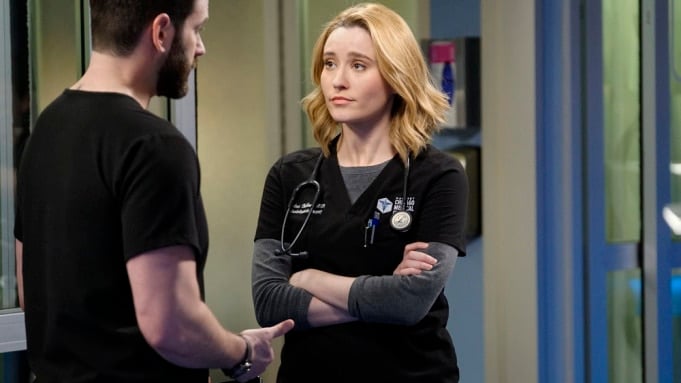 A lot of people find their favorite actors and tend to stick with them, even if they happen to be playing the type of characters that people love to hate or can’t get enough of. Norma Kuhling has gathered a following of her own throughout her time in show business and has done what she can to gain a reputation thus far that can sustain her and make it possible to stay in love with the business. People may or may not know that much about her since the wealth of stars in show business at this time makes it tough to know absolutely everyone, but the fact is that she’s creating her reputation for herself just as any actor does since she’s been impressive so far in what she’s done and might be around for a while to come. At this point she’s still young enough to take a break and then come back if she chooses to do so, but there’s no telling just what direction her career is going in at this point.

Here are a few things about Norma you might not have known.

10. Norma has a pretty good number of followers.

Her Instagram is her preferred choice of social media and it’s been treating her pretty well thus far since she does have a fair number of fans that have come to see what she’s up to and how her career is going. It’s always uncertain just how many sign up and then don’t keep tabs but the numbers look good anyway.

9. It’s kind of obvious that she enjoys traveling.

If you’ve got more than a few bucks in your pocket and have no trouble paying for a lavish lifestyle then it’s easy to see how one would want to make the best use of it that they could while they’re young. Seeing the world, or at least as much as she wants of it, is something that a lot of people can’t blame her for.

It does sound as though she still models as part of her career, though acting seems to be the primary purpose in her life at this time. Modeling is still a great way for some people to get into the acting industry though, and there have been plenty that have done just this.

A lot of people were sad to see her go but they wished her well all the same. She was one of a couple people the left the show as regulars, but it does seem as though she moved on to a different part of her career and is doing just fine.

6. It’s been thought that her net worth is around $1 million but it’s not confirmed.

In some cases it seems as though it’s been reported as being lower than this but again, it’s hard to say since there’s not an exact number. But given that she’s made her way to a stable position where people are aware of who she is there’s nothing to say that her net worth won’t rise eventually.

Norma is one of those folks that focuses up when she needs to and is completely driven when it comes to her career. Looking at her Instagram it doesn’t appear as though this has really hampered her social life, but she has managed to be seen as one of the hardest working individuals on a set, which is always a good thing since it allows people to realize that she’s invested in what she does.

4. Norma has kept her love life on the down low.

It’s either on the down low or it doesn’t exist to be honest since she doesn’t seem to talk about it much and it’s always possible that she’s been so busy that she hasn’t put a lot of thought or effort into it. Some folks want to focus on their career first, and for some people it’s a wise move.

3. She’s a pianist and has a lot of talent as a singer as well.

It’s interesting to note how very talented a lot of actors in Hollywood are since a good number of them have secondary talents or hobbies that a lot of people don’t know about until they’re revealed in an article or by the individual at some point.

Norma is still young enough that she has a lot of freedom in what she can do and what direction she can take since by the 30s a lot of actors are finding it necessary to either stay with the lifestyle they’ve established or start looking in another direction since there’s still time but it’s starting to run out.

1. There’s not a wealth of information online about her.

It is actually kind of tough to find any concrete information on her aside from what’s been gathered, but it’s enough to find something to report on.

She’s where she seems to want to be, that’s the important part.