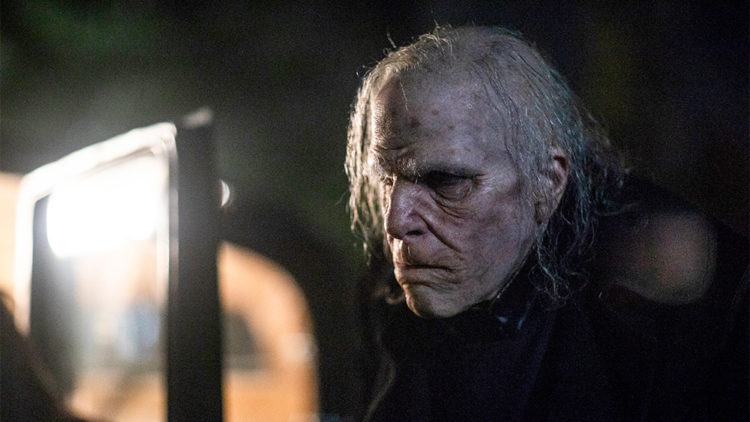 NOS4A2 is a new supernatural horror show that has started up on AMC. It is based on a book of the same name, which should provide interested individuals with a convenient place to start if they want more information. However, it seems safe to say that NOS4A2 won’t be the same kind of experience as its source material, meaning that it should be able to offer much even to the book readers. Here are 10 things that you may or may not have known about NOS4A2:

There can be no doubt about the fact that NOS4A2 is a vampire show. However, it isn’t the kind of vampire show that comes to mind for most people when the term comes up, meaning that it might suit someone who likes vampire media but wants something more unorthodox in nature.

2. The Name Is Pronounced “Nosferatu”

For proof that NOS4A2 is a vampire show, look no further than the fact that it is supposed to be pronounced “Nosferatu.” Of course, this is a reference to the term that was supposedly synonymous with “vampire” in Romanian, which saw much use in the vampire media of the late 19th as well as the early 20th centuries. In particular, interested individuals might have heard of the 1920s movie Nosferatu, which was supposed to be an adaptation of Dracula but had to get some notable changes because the people behind the movie failed to secure the relevant rights.

3. The Name Has Different Spellings in the United States and the United Kingdom

It is interesting to note that NOS4A2 is the U.S. spelling for the name. In contrast, the U.K. version uses NOS4R2, which is presumably because of the two countries’ different pronunciations of “nosferatu.”

4. The Protagonist Is Victoria McQueen

The protagonist is a woman named Victoria McQueen, who tends to be called “Vic” for the sake of convenience. She possesses supernatural powers that enable her to find lost things, which is one of the factors that enabled her to prevail over the antagonist in the past. It is interesting to note that the show version of Vic started discovering her supernatural powers at an older age than the book version because a more faithful adaptation choice would’ve created the additional need for a child actor as well.

5. The Antagonist Is Charlie Manx

Meanwhile, the antagonist of NOS4A2 is Charlie Manx, who is a kind of vampire that feeds on the souls of children before putting the remnants in a Christmas Village called Christmasland. Unsurprisingly, this kind of treatment doesn’t exactly do wonders for the victims, which is why people who look up NOS4A2 might have seen rather unpleasant pictures of children with very sharp and very pointed teeth.

6. The Christmas Theme Is Supposed to Create a Sense of Dissonance

Some people might be wondering about the motivation for a Christmas theme in the book and thus the show. If so, they should know that it is an intentional choice on the part of the author to create a sense of unease via a sense of dissonance. Essentially, turning something comforting into something that is very much not makes for effective horror, as shown by Lon Chaney’s famous statement about clowns not being very funny when encountered at midnight. As such, it should come as no surprise to learn that the choice to start broadcasting NOS4A2 at the start of the summer was meant to contribute to that sense of dissonance as well.

7. The Author Has Commented On the Importance of Characters For Successful Horror

Speaking of which, the author has commented on the importance of having sympathetic characters for successful horrors as well. In his opinion, horror isn’t about shedding copious amounts of blood. Instead, it is about making the audience sympathize with the characters before putting the characters in horrific situations, thus ensuring that the audience will have an investment in the characters’ wellbeing. As such, NOS4A2 is less about hitting the viewer with shock after shock because it prefers a more gradual escalation in tension over time.

For some people, Charlie Manx might be rather reminiscent of Pennywise from Stephen King’s It. After all, both of these antagonists use what should be happy, joyous imagery to predate upon children. It is interesting to note that the NOS4A2 author Joe Hill’s full name is Joseph Hillstrom King, meaning that he is Stephen King’s son.

9. Charlie Manx Claims to Be Helping the Children

It is interesting to note that Charlie Manx is a monster who claims that he is helping the children. To be exact, he claims that he targets the children of broken homes, who are brought into Christmasland where there is no real unhappiness. However, there is a clear issue in that Christmasland doesn’t actually offer any kind of real happiness but rather a pretense of it. Even worse, Charlie Manx is very much a vampire in the sense that he is reliant on consuming humans for his continuing existence, thus explaining the name of the show that serves as the license plate on his ride as well.

10. There Are Some Pretty Negative Reviews out There

Time will tell whether NOS4A2 can survive in the long run even though so many other shows never manage such a feat. However, there have been some pretty negative reviews, which point out various problems. One example would be the stretching out of the source material without a corresponding expansion in the base setting to make up for it, which is likely going to cause the show to start running thin. Another example would be the very straightforward visual style, which isn’t particularly well-suited for the somewhat surreal feel of the horror in the books. With that said, there are upsides as well, as shown by those that have praised the performance of Ashleigh Cummings, who plays Vic in the show.