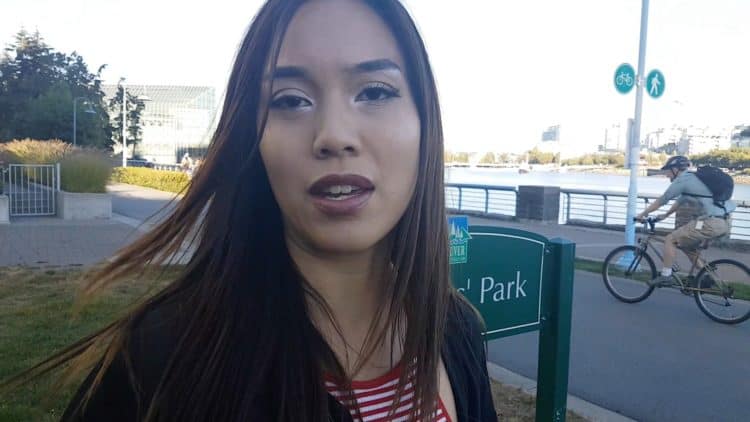 If you haven’t heard about Nova Patra don’t be too concerned since there’s likely a lot of people that haven’t. It’s nothing to get up in arms about if you do know her, she simply doesn’t go mainstream as much as her fans, and they do exist, would like to see. Nova however is anything but a conventional YouTuber and is all about opening minds and thinking about things that many people don’t get into all that often, preferring a much more existential line of thought than many people so glued to the system don’t entertain. Her ways are quite unconventional and while she is thoughtful and very open in her lifestyle she can be a bit more free and loose with her train of thought than some people can truly accept. It’s a personal choice on her part but something that a lot of people simply don’t understand.

Here’s a few other things you might not know about her.

This is the perfect platform for someone such as Nova to start from as it allows her a great deal more freedom to spread her message and reach people so that they might understand what it is she’s doing and trying to get them to do. If she ever did go mainstream it almost seems as though it would kill the vibe that she’s got going at the moment. No doubt someone would eventually get drawn into this and want to mass-market it to the wider public.

9. She uses a lot of sexuality on her site.

Some people might call this deviant but in truth she is very open about what she does and doesn’t shy away from the sexual content that she creates and seems to enjoy. To her and the guy she works with it’s not so much deviance as it is a type of freedom that goes beyond right and wrong.

8. She is one of those that seeks to open people’s minds.

The only trick with this is knowing just who you’re seeking to open up and realizing that there is a much darker side to a lot of people than some folks seem to realize. While she would likely argue that dark can’t exist without light and vice versa it’s realizing just how dark someone can get on a spiritual level that seems a tad frightening and not at all safe to invite.

7. She’s all about self-realization.

It’s the chaos and order that comes from realizing one’s own place in this world as well as the duality of their existence that she argues with and for sometimes and seems to have a handle on as she and her partner speak about this at great length. Unfortunately as they agree it almost seems as though they are fooling one another by fooling themselves.

6. She works with a partner.

While Nova is from Hong Kong, Frank is from Taiwan. They work for the same thing, which is to hack Asian culture and the many different things they can think that are so conformist about it. Their goals are quite interesting to be honest but not always as pure or as faithful as they might like to think.

5. She is very open sexually.

This seems to be a big part of her self-realization as a person and her personal philosophy. She is very open about who she is, what she wants, and what she does. Of course how open she really is would be interesting to see when it comes to sharing her philosophy with the world. When it’s seen on an adult website it leaves a few questions as to how pure her motives really are and how dedicated she is to that philosophy.

She and Frank basically create online content for the world to see and use as they see fit.

3. She’s working against the establishment but is still immersed in it.

In truth she’s working against a part of establishment but will gladly enjoy the perks it brings so that she can spread her message loud and clear. In other words she’s inside the system and is using its many tools in an effort to break people free of the system.

2. She’s all about integrating new experiences in order to get people to be themselves.

If you use the same methods and techniques over and over then your results are going to be the same again and again. The moment you break out of the norm and shatter the mold you can create something in a completely new fashion that people will be interested in and want to see more of, until it’s time to move on.

That’s admirable really but it’s also tricky not to conform to something by being against almost everything. You really have to know and practice your own ideals while attempting to not conform to those of others.

What she and Frank are doing is nothing new really, but they’ve managed to get attention by taking it to a level that few others think to ascend to these days.