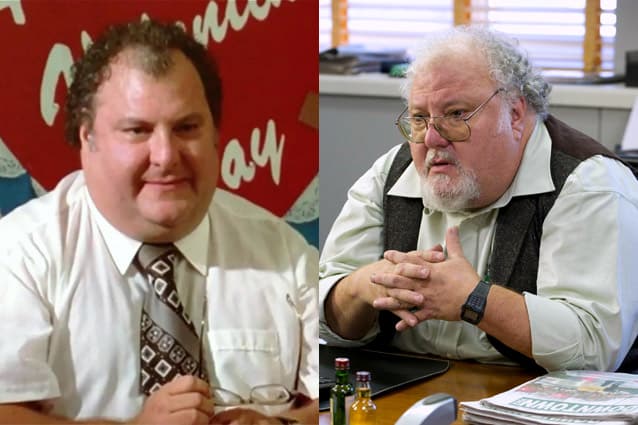 In our second feature of “obscure movie character I love” I’d like to center our attention on actor Josh Mostel who you might remember from the movie City Slickers.Â  He was one half of the faux Ben and Jerry’s team “Ira and Barry’s.”Â  He’s the guy that played Barry Sholowitz.Â Â Â  Mostel has 61 credits to his name and can certainly be in our “That guy actor” segment as well.Â  But I’d like to focus on his character in Billy Madison.

Mostel played none other than Principal Max Anderson who was the principal at the elementary school Billy Madison attended in the movie.Â  Anderson was also known as a past professional wrestler called “The Revolting Blob.”Â Â  Anderson may not have had much screen time but his appearances left a brand on my heart.Â Â  There are two scenes which are particularly memorable.

The first the Valentine’s day scene.Â  When Anderson nods to Billy I laugh every single time without fail.Â  Seriously, every single time.Â  The other is the “listen to that tub of lard all day” part.Â Â  I’ve always liked Josh Mostel but I can safely say this is his finest work.

Check out the two clips below: