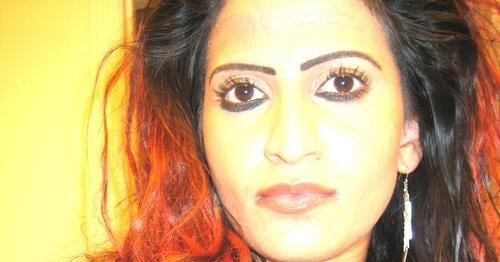 Some people like to be mysterious and October Kingsley either fits this mold or she just doesn’t like giving out personal information. That’s understandable and easy to respect but in show business it tends to limit one’s upward mobility since the more people know about you the more likely it is that they’ll recognize your work and want to see more. With that being said it’s kind of easy to assume that some folks aren’t really into being famous, they just want to do their thing and get paid. That’s a very easy sentiment to understand since a lot of writers in this world tend to want to get paid and not deal with the hassle of fans or other individuals trying to ask them a million questions about what they write. Some people like it, others don’t, but in October’s case it almost seems like she doesn’t.

Here are a few thing that can be picked up about October.

Some folks like to play the intense, dark characters that are very powerful but have a very big flaw somewhere in their character that drives them and torments them at the same time. This kind of role takes a lot of out of a lot of actors since it requires a great deal of energy to sustain it.

9. She’s also a director and producer.

She directs, produces, acts, and keeps it all straight somehow. A lot of people would like to one or two things at the same time while some can manage all three and even more, but that seems like an arduous task to take on for just one person.

8. As of yet she’s still on the rise and has yet to really gain a solid reputation.

From what I could find on her it seems that she’s been around since 2009 but her rise to fame has been kind of slow and meandering in a way. There’s no doubt that she has some talent but without showcasing it on a regular basis it’s hard for people to remember her in an industry that moves ahead at such a quick pace.

7. It would seem she favors staying out of the limelight.

This just sounds awkward when you really think about it since those that make movies tend to want to be in the limelight at least a little bit, especially if they’re actors as well. But for some reason she’s been staying on the down low for a while.

6. There really isn’t a lot about her online.

There honestly isn’t that much unless there’s a hidden doorway that has yet to be discovered where the bulk of her information and life is kept. To think that anyone can stay off the internet entirely is hard to believe, but while she’s on here in a small way there’s not a lot else to be found.

5. She did star opposite Faye Dunaway in one film.

The movie, The Seduction of Dr. Fugazzi is apparently a rather dark and terrifying film that she and Faye Dunaway were in that many people might not even know about. It would almost seem that October wants to make the movie but not have it be seen by any other than those who are genuinely interested.

She definitely seems to like to push the limit as much as possible which is admirable in some ways and kind of eye-catching in others. After all people grow used to societal norms at times and when someone crosses them those same people tend to notice and their reactions can be quite varied.

3. The way she presents herself seems to indicate a dark persona she tries to affect.

From the dark hair to the makeup to the clothing she wears it does appear that October is a woman making herself out to look like she has a true dark side. And she might just have one for all we know, there’s not a lot to dispute that at this point.

2. A lot of what’s on the internet about her is tied up in the movie The Seduction of Dr. Fugazzi.

You can definitely find this movie and learn a little bit about her, but only a little bit since quite honestly that seems to be where the bulk of the information on her might be. Anything else is just blips and small clips that don’t offer much.

1. There’s not a lot of way to know whether she’s on social media, her net worth, or much of anything.

You would almost think that it might be close to impossible for someone to be this slight of a presence online these days, but obviously it’s still possible if one is diligent enough about it.

She’s definitely kept herself unplugged as much as possible.