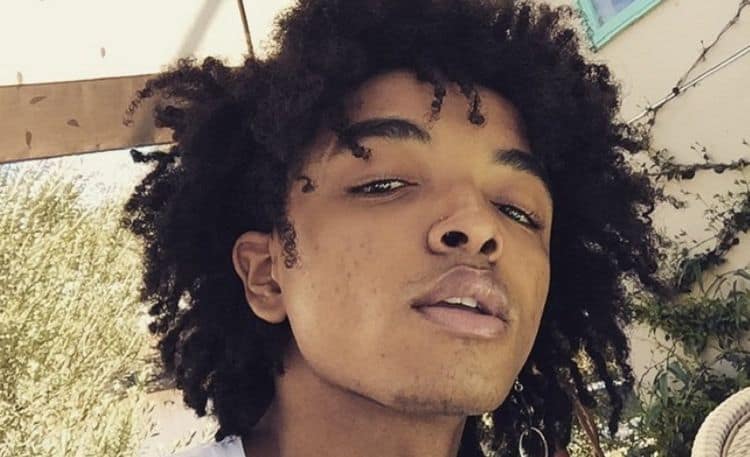 There’s a good chance that “Trinkets” is one of the most amazing shows on Netflix right now, and we cannot wait to share more about the cast with you. We’re getting to know them one at a time, and it’s time to get to know the talented Odiseas Georgiadis. Say that five times fast. This is one actor who makes it all look like the easiest thing in the world to hop on the television screen and play a character, and that’s fascinating to us. He’s so effortless, has the most beautiful smile, and comes across just genuinely cool. Let’s get to know as much as we can.

If you ever hear that he is Ghanaian, it’s because he’s from Ghana. It’s actually called the Republic of Ghana, and it’s located in West Africa. It’s near the Ivory Coast, and it’s the kind of place you hear about so often but many people rarely take the time to get to know the area.

He’s still young, but that’s pretty obvious when you consider he plays a killer high school student. He can’t be that much older than his character, right? He’s not that much older. He was born on September 21, 1996, which means he’s not even hit his mid-20s yet. We imagine he’ll be happy to continue to look so much younger as he continues to age.

3. He’s More Than Just an Actor

He’s a great actor, and there’s nothing wrong with being only an actor. However, he’s a talented guy who has more to offer. He’s also a singer and a songwriter. Those are not easy things to do if you’re not familiar with music and haven’t the talent. We firmly believe musical talent is something you’re born with, and it’s not something you learn.

4. He Reminds Us of Two Famous People

Hear us out on this one. Every single time we see him with his pretty smile and his sharp way of dressing, we always think tha the reminds us of two people. He’s got many of the same features as the late Michael Jackson, but he heavily resembles Bruno Mars. So, we imagine that if those two got together and had a baby (we know that’s not possible, so relax), it would be Odiseas Georgiadis.

5. He Tried Out for The Voice

We did not know this, but we are not surprised. He is talented. And, guess whose music he sang when he tried out? That’s right, Bruno Mars. Maybe he sees the resemblance himself? We don’t know if he does or not, but can we please talk about how much they resemble one another?

6. He’s Not Into Comparison

Love this about him. He’s not into comparison. He’s a man who believes in being who you are and being proud of that. Comparison, as you know, is not a happy situation. When you find yourself comparing your life and your abilities to those of others, you’ll never find true happiness. We all live our own lives on our own timelines, and we don’t need to, have to, and should want to be like anyone else.

He is a big brother, and that’s a hard job. For one, you are a role model all the time. You always wonder in the back of your mind if you’re making good decisions that your younger sibling will be able to follow. They are both very close with their mother, too, which is something we love. There is nothing like the love between a mother and her son, right?

He was only six when his family relocated from West Africa. They left Ghana when he was so little, and they moved to New York. They moved, specifically, to Brooklyn. He’s been in the area ever since he was little, which means he probably considers it home.

9. He Believes in Passion

So many people live their lives without passion, and being dispassionate is something we consider such a tragedy. If you don’t love what you’re doing and you’re not passionate about it, what are you doing with your life? There is nothing worse than spending your life without any real meaning. He believes that his passion is his purpose, and we are all for it.

He is in love with the city, and he cannot imagine a place he loves more. He loves to travel and see the world, had a great time filming his show in New Orleans, and so much more, but he really does feel such a deep connection and love for the city.