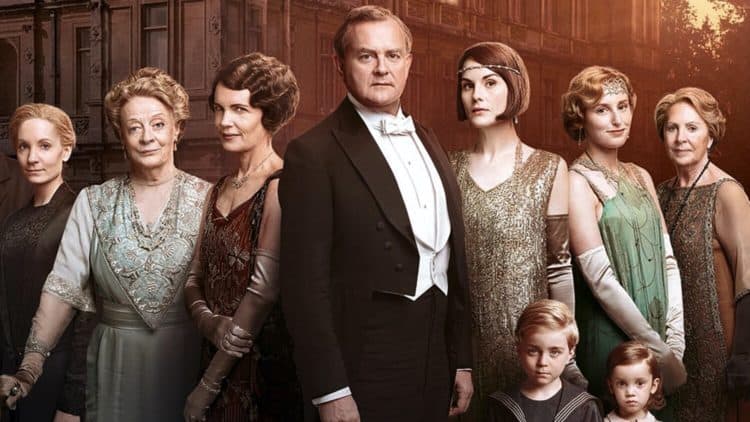 Downton Abbey isn’t everyone’s cup of tea but it’s quite obvious that the series was highly successful and gave way to a great movie that, as Joey Paur of GeekTyrant rightfully states, was also very successful. And what do we typically see with success? That’s right, the idea to make a sequel. While a lot of sequels don’t end up doing nearly as well as the original movie, there is a great deal of expectation with Downton Abbey largely because it is very character-rich and compelling tale that many upon many people have decided is worthwhile and engaging enough to continue on with given the expansive history and influence it’s had upon so many. The sequel might not come anytime soon, though Carnival Films chairman Gareth Neame had this to say:

“We’re having those conversations. We’re working on what the story is, and when we might be able to make it. But it’s the same as the first time around: We have to try to get everyone back together again. And that was very challenging.”

That sentiment seems as though it could sum up any and all major difficulties to making a sequel. Unless the idea is on the table at the moment and is ready to get started and possibly adjust to everyone’s timeline and schedule then it could be a while in the making. After all there were at least a couple of individuals that couldn’t make the movie largely because it did not fit into their schedule and as a result left them needing an out within the story so as to make it clear just why they weren’t there. But apart from this the movie went off without a hitch and many fans of the series agreed that it was a hit.

There are those times in cinema when even the driest story can be entertaining, and while Downton Abbey might gain a few criticisms from those that have watched little to nothing of it there is a good reason to state that it seems to have merit even if one hasn’t watched a single minute. There’s a great deal of history that goes into this show and while some if might not be one hundred percent accurate you can bet that a great deal of it is and that the creators managed to stick in as much drama as they could simply to round it out and make the story a bit more entertaining to those that don’t enjoy watching a documentary-like story as much. It’s true that the story of Downton Abbey isn’t for everyone and it does tend to turn off those that aren’t so into this kind of story. But respect is due all the same, at least in some respect, since the story has obviously touched so many people and been so well-received.

It is enough to wonder however if there might be a successful sequel without including everyone, perhaps by acquiring as many of the original actors as possible and soon after explaining the absences of others throughout the telling of the story. It might run the risk of displeasing some fans but many might stick around simply for the sake of to discover just what’s happened and what is continuing to happen since the story has been enough to keep people watching for some time now. Admittedly some stories simply grab fans and keep them watching no matter what happens so long as a few core characters are left, and of course if those core characters are intriguing enough to keep watching without the rest of their supporting cast. In a big way Downton Abbey does seem to have this quality as it might even be able to move forward so much as to at one point eschew pretty much everyone and focus intently on the memories and feeling of the place even with a new set of characters. I know, crazy idea and all that, but it would definitely push the story in a new direction that could easily correlate with the old and possibly give a few new insights as to how things change and how they stay the same. At this point a sequel seems as though it could really happen and hopefully escape development hell, but it also seems likely that we won’t see every actor come back.

Even if you didn’t watch the show and didn’t see the movie it’s likely that you’ve heard someone speaking highly of it in one way or another, and that’s enough to reason that it’s been a big success and therefore is worth talking about. Perhaps one day more and more people will be turned on by the historical quality of the show, but for now we’ll have to wait and see if the sequel does in fact come out in the next few years. According to Fred Topel of the CheatSheet one star would love to do multiple sequels.