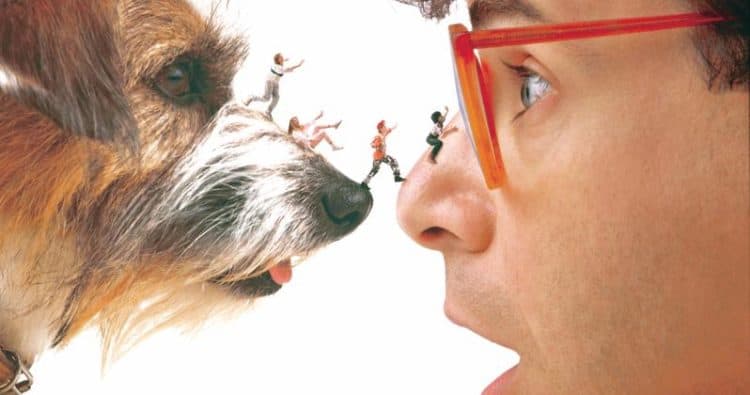 Of course this is happening and of course Honey I Shrunk the Kids is going to be rebooted because of course, that’s what people seem to want to see. In the mainstream people want to see the same old thing repeated again and again since it’s comfortable, it doesn’t make them think, and it’s bound to give them something that’s nostalgic and can bring back a childhood memory that will last for a bit until they move on to the next thing. As Ryan Scott of MovieWeb has stated, this idea was brought up by none other than Josh Gad, who will be playing the part of Nick Szalinski, the son of Wayne Szalinski, who was played years ago by Rick Moranis. It’s easy to get the feeling that if Rick were to come back for this movie and not for Ghostbusters a lot of fans would be a bit confused since he’s been pretty happy with how his life has been going recently. He hasn’t fully retired from show business, but he has become a lot more selective about what roles he takes on, and since he wasn’t in Ghostbusters 2016 it’s hard to think that he’ll show up in the third installment of the movie when it comes out in 2020. It might be kind of special if he did show up in Shrunk, as he was one of the main characters and not a supporting character.

The hope though is that it won’t be the same movie that came out decades ago since something different would hopefully be implemented to adjust for the current era. But it would be interesting to see Joe Johnston, the guy that directed the first movie, get in on this one as the finale of his career. Johnston didn’t have anything to do with the two sequels that came out after this movie, Honey I Blew Up the Kid and Hone We Shrunk Ourselves, but it would be fitting, as Justin Kroll of Variety might agree, to see him come back for this movie and finish it out. That is, if the movie is bound to be the cap on the whole thing or is going to start off a new round of shrinking movies, which is hard to say since there aren’t a lot of details at the moment. It’s uncertain as well as to whether this would be a big screen event or if it would be shuttled off to Disney+ since the last movie in the bunch was a direct to video affair. But having Josh Gad play the son of the original inventor and also having him take after his father does seem like a very easy and lazy way to revive the whole thing since the whole ‘accidental shrinking’ has been done and done again and it does feel as though it would be a discredit for the son to make the same slip as his father and just leave something lying around that could possibly affect his kids in such a way. But then again I’m not a screenwriter and that’s unfortunately what they’re getting paid for these days, to make something familiar and yet just different enough that Hollywood execs are going to eat it up and call it great.

What’s truly confusing is how many people seem to think that this is a great and innovative idea. Does anyone understand what the word innovate means anymore? Here’s a quick definition just in case:

Now granted, new ideas are a must in reboots since otherwise you get the same exact movie, which we might get anyway with some updates. But innovation is not a big thing in Hollywood these days, since when it does happen, fans and critics alike seem to come down on it like a ton of bricks and cry that it’s not needed, not wanted, and not entertaining enough. Nick Bilton of Vanity Fair has something to say about this. No, actually it’s not comfortable enough. If it makes people think, challenges their views, and otherwise knocks them out of their comfort zone, it’s either a genius move or something that needs to be shut down immediately. There’s not a lot of innovation left to this movie to be honest, but with Josh Gad and Joe Johnston the hope is that it will still be enjoyable. Given that negotiations are still ongoing there’s no real telling just when we’ll get to see how this pans out, but once it’s arrived a lot of people are likely going to have a lot to say about it, and whether it’s good or bad all depends on what is done to make it different yet still comfortably familiar for the many upon many fans that are no doubt going to be excited to see this yet again.