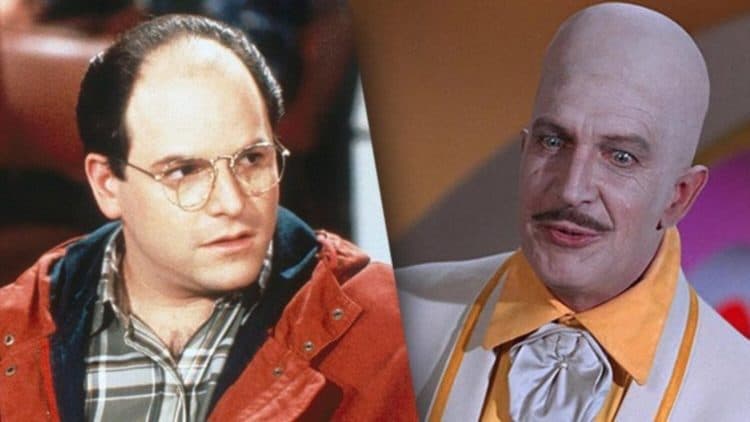 It’s a back and forth game between DC and Marvel as to who came up with a character first, but in this case it goes to Marvel since the original Egghead was created by Marvel in 1962 while DC would come up with theirs in 1966. The character is kind of self-explanatory since in both Marvel and DC he’s a bald man whose head looks like an egg. But it was DC that made him come to life first since he showed up in the Batman TV series and was played by none other than one of the master’s of horror, Vincent Price. It’s kind of a wonder why anyone would bother to stand for a role that required them to look this goofy, but then again when you look at the Batman series you tend to feel that this question is a bit irrelevant. Maybe that’s why Jason Alexander thinks he has a shot of being a Batman villain, or maybe there’s something else. In any case Joey Paur of GeekTyrant has made it known that Alexander is looking to fill the role if anyone will have him and even seems ready to challenge anyone to find a better candidate than him for this character.

Egghead is, as you might think, kind of a unique individual in that he possessed a genius-level intellect and an ego to match which seems as though it might fit Alexander to a tee since he’s been seen to play characters that have a serious ego and superiority complex. This quirky character however was definitely one of Batman’s weirdest enemies since he only at grade triple A eggs, he wore a suit of white and yellow, all his puns were centered around eggs, and his hideout was found within a caviar company. Whoever came up with this character wasn’t messing around when it came to the egg-centered theme that they gave Egghead, and as a result his character was just flat out goofy but yet still considered something of a threat back in the 60s. You’ve got to remember though this was when the high point of the action came with a BAM, POW, and other action sounds being flashed across the screen when Batman and Robin went toe to toe with the bad guys. As you can imagine Egghead was never much of a combatant but instead used various egg-like weapons that could incapacitate and maim his opponents. It’s enough to think that the Batman of today wouldn’t have much of an issue getting around this guy, but back in the day villains like this were allowed to stick around for a short while at least until someone better came along and made him obsolete.

With The Batman on the way presumably and with Pattinson in the lead role one has to almost assume that the higher-ups will be wanting various other villains to step into the fray and take on the dark knight. The Penguin has already been teased, and Catwoman definitely seems to be on everyone’s mind, but there are so many villains to pick from that it seems kind of difficult to really nail any of them down. But seriously, Egghead doesn’t seem like a huge, running concern that the studio might think about sending into the fray unless he was a man behind the scenes or another villain being used by a stronger villain or an accomplice to another brainy villain that used hired thugs. Egghead is the kind of villain that might seem cool and goofy at the same time, for a while, but his eccentric manner is bound to trip him up eventually and then it’s time to simply get rid of him. This is the kind of villain that might happen when the writers are getting tired, loopy, and just need something, anything, to bring to the idea board. Back in the 60s it might have worked, but even the Avengers killed off their Egghead after a while, using Hawkeye to do it.

To be honest Jason Alexander might make a decent penguin if they worked it just right. He’s not a big guy and he can play someone that’s kind of a jerk and has a serious issue with other people. It’s doubtful that he’d have to go as down and dirty as Danny DeVito did in Batman Returns but it does seem as though the Penguin needs a bit of flair and nervous edge that Josh Gad can emulate but doesn’t have on the same level as Jason does. That’s a matter of opinion obviously but it could be interesting to see Jason as a Batman villain, and a little comical since honestly it doesn’t matter what he’s in, people are almost always bound to laugh over something he says or does. Having him as a villain could work.