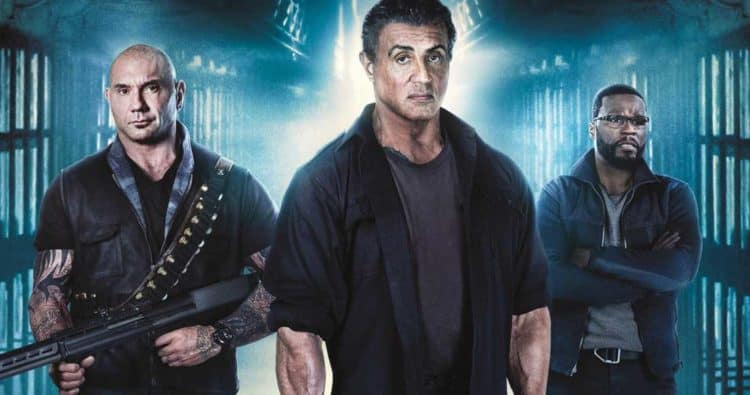 The first Escape Plan was great, and why? It had Sylvester Stallone as the main character to start with, and it had him in there along with Arnold Schwarzenegger. Of course the sequel had to have another couple of up and coming stars so they tossed in a couple of guys that a lot of people might not know, and Dave Bautista. This third installment seems to bringing the gang back together again and making it even more personal since the son of Breslin’s former business partner, who thinks his father was cheated out of his spot in the company, is now gunning for Breslin and his entire team. That makes it something that we can’t possibly miss since it seems to bring things full circle in a way that helps to not only wrap up a movie but deliver even more action in a manner that only top-notch action stars can do.

Anyone thinking that Stallone is finally slowing down and trying to finish his projects might need to watch some of his latest movies since even old age doesn’t seem to be pushing away from the action genre. There’s even a rumor that the latest Rambo won’t be the last one if it’s successful enough in the theaters. And we’ll go and see them all, and you know why? Because it’s Stallone, and his name is simply synonymous with action. There was a time when a lot of people would have said the same thing about Arnold Schwarzenegger, and Jean Claude Van Damme, and Dolph Lundgren, and many other action stars. But Stallone is one that has stayed the course thus far and kept going down the action route in a way that the others haven’t. Arnold went on to do a few more movies and he’s still kicking around, but he’s not quite the same as he was before he became the governor of California and he hasn’t quite been that way since. Lundgren and Van Damme have remained in the action genre but have been featured mostly in straight to DVD films. Stallone has done straight to DVD as well, but on average his movies still get watched by a greater amount of fans than the others it would seem.

The idea of any prison having weak spots is a frightening proposition to anyone since we want to think that prisons are designed to keep people in without fault and without being exposed to have any weak points that a smart prisoner could take advantage of. But lo and behold, despite this movie being complete fiction, a lot of prisons do have noticeable weak spots that can’t be adequately defended. The only difference between the movie and the reality is that in reality those weak spots are much harder to reach and the average prisoner isn’t likely to try finding them since it would add to their time if they were caught, and because a lot of them aren’t quite smart enough to take into account the kind of things that Stallone and his people notice in these movies. After all it’s their job in the movies to take note of where a prison is weakest and what points could be used by prisoners to possibly break out. The prisons they’ve been sent to this far are nothing short of nightmarish boxes that are specifically designed for the movies. Thinking that someone could escape them means that the level of intellect they possess would have to be phenomenal.

But we’ll see it because we like to be entertained and we enjoy a good shoot ’em up movie that offers a revenge-type plot that forces the protagonist and antagonist into a good old fashioned fist fight. As you see in the trailer it looks like Breslin is going to wipe the floor with the main bad guy, at least from what we see. This wouldn’t be much different from the second movie since Breslin did take his lumps but he did come out victorious. Plus, having someone like Dave Bautista’s character on your side isn’t too shabby either since he has a penchant for busting his way into places and getting violent at the drop of a dime.

It does sound as though this might be the last one according to what we hear in the trailer when Breslin says he’s done with prisons, or that could be mistaken since it might come at a point in the movie when we have yet to really get into the action. We’re going to have to wait until July 2nd to figure that out, but a lot of people are going to be marking the date or at least taking notice when the movie finally comes out, that much you can be certain of. Stallone movies are always a good time when it comes to violence and a decent story.