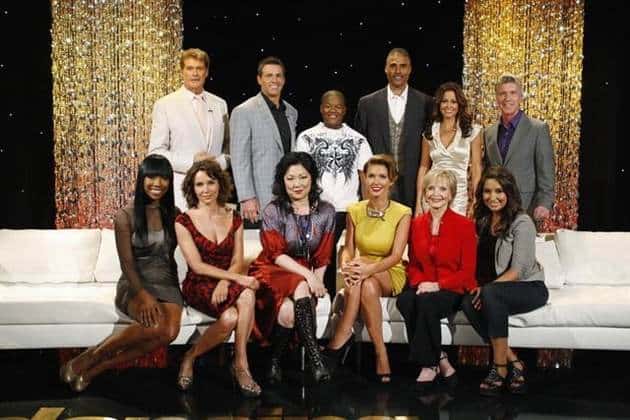 Alright ballroom gladiators, take your positions – smile, and say ‘disco fever.’ And there you have it, the Dancing With the Stars season 11 cast of competitors – with a few notable omissions. Personally, I’m rooting for the Hoff. Why? Because, he is The Hoff – do you really need any other reason. Knowing the history of some of the cast, we’re a bit split on who will be “most annoying” – Brandy or Bristol. Audriana Partridge certainly has the sex-ah all tied up to her self. It’s not your imagination … there is somebody missing. Hopefully that is an omen. If the Universe is operating properly, The Situation should go home week one. I mean really, do you want to see him flashing his two pack every night? Yes, two-pack – I’ve seen better abs on a hamster.

An all-new lineup of stars will battle each week on the dance floor in the sensational two-hour season premiere of “Dancing with the Stars,” MONDAY, SEPTEMBER 20 (8:00-10:01 p.m., ET) on the ABC Television Network. All 12 couples will dance for the first time on live national television on MONDAY, SEPTEMBER 20 (8:00-10:01 p.m., ET), with couples either performing the Viennese Waltz or Cha Cha. The couple with the lowest combined judges’ scores and public votes for their performance will be sent home on TUESDAY, SEPTEMBER 21 (8:00-10:00 p.m., ET) in the season premiere of “Dancing with the Stars the Results Show.” (ABC/CRAIG SJODIN) BRANDY, DAVID HASSELHOFF, JENNIFER GREY, KURT WARNER, MARGARET CHO, KYLE MASSEY, AUDRINA PATRIDGE, RICK FOX, FLORENCE HENDERSON, BROOKE BURKE, BRISTOL PALIN, TOM BERGERON