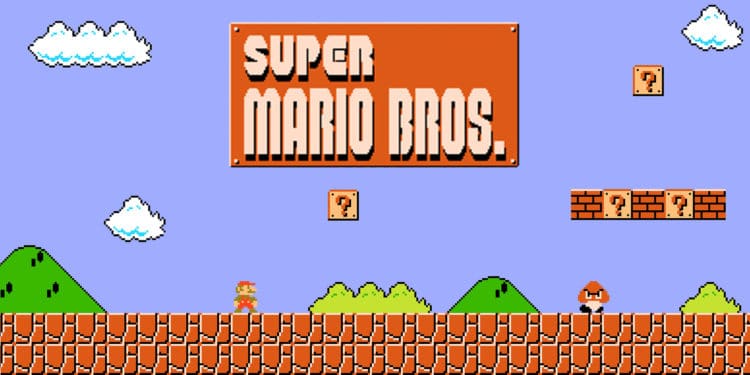 Usually it’s not a great idea to mock anyone for what they view as important and worthwhile, and there’s no serious intent at the moment to do such a thing, but paying $600 thousand dollars for a game cartridge is evidence that some folks really DO have too much money. The special quality of this game isn’t even some variant that takes place in the game, since no one would know considering that it’s shrink-wrapped and hasn’t been opened since it was purchased. Yes, the game has remained unopened for over 30 years, and it was sold at an auction for well over half a million dollars. If your jaw isn’t on the floor as you’re reading this then you don’t care or aren’t really surprised that things have come to this. Nostalgia is great and all, but spending what could purchase a fabulous mansion, or a fleet of vehicles, is by far and large one of the most inane things that a person could do with their money, not to mention that the payoff is that they now have a game cartridge to an outdated system that, while still able to be found, would be bound to reveal that the copy of Super Mario Bros. beneath the wrapping is no more special than any other copy. Enjoying the insane life of a writer and the chaos that life brings on a regular basis is one thing, but celebrating something like this is beyond insanity and tends to move right into the ‘WHY, for the love of God,WHY?!’ column. Yes, if you’re wondering, that column has been filling up rapidly over the years.

Criticizing people for how they spend their money isn’t a great hobby but it’s bound to happen when news of this magnitude is made public since while there are plenty of people that would tell a lot of us to mind our business and seek news elsewhere, the mere fact that someone felt the need to make this public kind of negates that consideration. Spending that kind of money for an item no bigger than a sandwich is bound to gain admiration from those that, for one reason or another, want this thing, and ridicule from quite a few other people that either don’t understand why this is such a big deal, don’t care about it but still want to speak, or are entirely disapproving of such an extravagance. Personally, I don’t care one way or the other since if someone wants to spend their money on something this ridiculous then it’s their business, but if they’re going to take the time to make it public then they’re going to have to deal with the opinions and words of the many that might find this to be more than a little insane. Allowing one’s business to be broadcast where everyone can see it and comment on what they think about it, but then having the audacity to state that it’s no one’s business is the same as telling everyone to look at you but not bother making a comment.

But the truth is that this is the world we live in as of now, people want attention but they don’t want to deal with the consequences that come from exposing themselves to the world in general. It’s amusing in a few ways really since it could happen to pretty much anyone that puts their business online where millions of eyes can see it, but thinking that people are going to go without making a comment is beyond ridiculous, kind of like the price of the game cartridge. The sad thing is that by making so many things into collectibles and never taking them from the box the item becomes useless since it can’t be used to complete the purpose that it was created for, which is why some folks don’t see the sense behind making something a collectible. Items that aren’t to be played with, that don’t fulfill such a purpose by dint of their design, are easy to see as collectibles, even if all they’re made for is to look nice, but something that has the express purpose of being used for one thing or another has to be one of the strangest types of collectibles out there. Like always, to each their own, but the fact that anyone would pay this much for a game cartridge is mind-boggling, to say the least. The fact that someone would plunk that kind of money down for something that was mass-produced at one time and is severely outdated is hard to imagine, but people spend their money on oddities all the time, and to be fair, I’m not one to criticize seeing how many oddball items are in my own office. But for something that won’t ever see the use it was meant for, yeah, it’s kind of hard to understand.